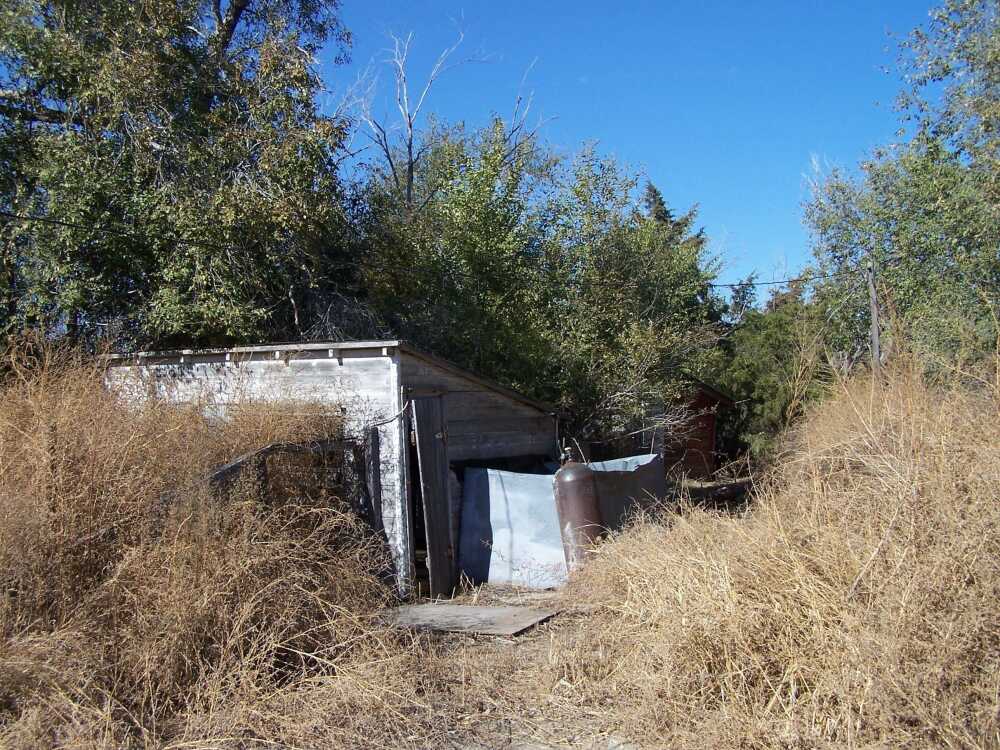 Much of last winter, spring, and summer were spent on the weed war as long time readers recall. We've knocked down, chopped through, burned, and sprayed our way to having the majority of the farm(stead) cleaned up. So yesterday was nice and we decided to get back to the reclaim the wilderness project we started around here and fully intend to complete.

For whatever reason, just north of our house has been the most time consuming area to clean up. There were several down limbs from old trees that had to be cut up to be moved. There was a stack of 1/2 length railroad ties that had been neatly stacked that had been used under the jacks that supported the house when the basement was put in sometime in the past to get rid of. Lilac bushes had been neglected for a while and needed to be cleaned out, a broken down shed and other stuff that needed to be moved. The old chicken coops had their fences removed and the buildings painted, and just a general clean up of some neglected area was required.

Margie had made quite a big stack of Lilac brush we needed to move and we thought we could see the light at the end of the cleanup tunnel, so yesterday we played pack mule and moved the pile, raked the area of down bark and small branches left over from our previous chain saw work in the area, and knocked down the remainder of the left over weeds in this area we had not gotten to until now. We collected all the mulch branches, leaves, and bark and moved it to our burn pile from the area... and we're still not done!

I look out the window this morning and there is still one small pile of mulch and leaves to pick up, plus the stack of rocks we placed by a tree as we've come across them around the area, and a complete railroad tie to move. I've got to get the shovel fired up and move a little dirt to level out a couple places to make mowing easier, and wah-la! We'll be done!

Only problem I can see with this plan is that the dang stuff wants to grow back all the time. It won't be long until the weeds start their Spring offensive, but we're a lot better prepared than last year for starters so bring it on weeds... we're ready for ya!