Closed For The Season 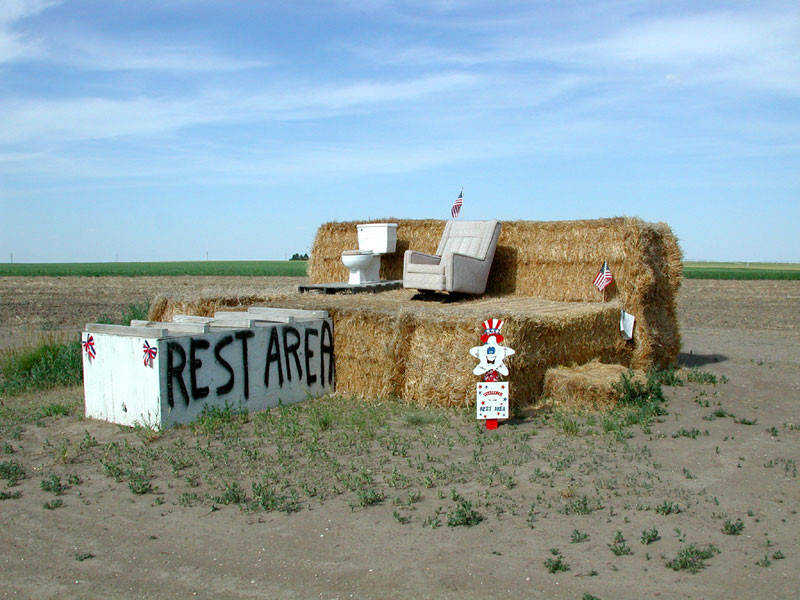 Everybody Needs A Rest Area Now And Then

In the good old days, there was an entertainment venue called the drive-in theater. Old timers like me remember them, but younger readers may have never been to one. These open only at night enterprises offered a car loving public a place to see a movie in the comfort of their own vehicle, and I recall going with my parents several times. Now Mom and Dad were frugal, so the snack bar was out of the question. Mom would fry up some hamburgers and put them in foil and wrap them in towels or blankets to keep them warm, popcorn with butter was made at home, and lemonade was the drink of choice rather than a carbonated soft drink. Spotlights were big on cars in those days, and just after dusk, the guys with the big lights delighted in flashing the screen. You always got to see at least two shows if not three for the price of admission if you could stay awake that long, and many a young couple "fell asleep" and that was their excuse as to why they were late getting home.

In those days when winter hit, the marquee that usually displayed the current feature flick would be changed to say "Closed For The Season". I also recall thinking that a movie called "Closed For The Season" would sure send folks for a loop if it was released in July. Not many of these movie "theaters" are left, and only a few will get to experience watching a show under the stars and falling asleep during the late shows in the future.

What brings this to mind was our latest trip to McCook. East of town is the Harry Strunk Memorial Rest Area overlooking the Republican River, and for some reason the signs approaching it currently say "Closed". Now I understand that the rest rooms are locked for the season to avoid freezing pipes, but the gates are open, trash cans are available, and people stop there all the time.

So... is it really closed? I guess it's one of those subjective statements as if it was really closed, to me the gates would be locked. Since trash receptacles are available and obviously dumped on a regular basis, it seems the State, or whoever maintains the rest area thinks it is at least partly open. So shouldn't the sign say "Restrooms Closed", or "Limited Services" instead to allow tired travelers to pull well off the road for safety sake, a safe place to walk their dog, or just enjoy the view?

Folks traveling down the road that have never been by Harry's rest area that see the closed sign likely will cruise right on by, and only after passing the entrance do they see that they could have stopped for a break. The drive into the rest area is atop a hill with less than ideal visibility, and I've seen out of state licensed vehicles making U-turns just past the entrance that required me to hit the brakes with gusto. I think these drivers would have pulled in safely had the sign been more accurate in it's description of the rest areas availability, but just like something else everyone has, it's just my opinion.