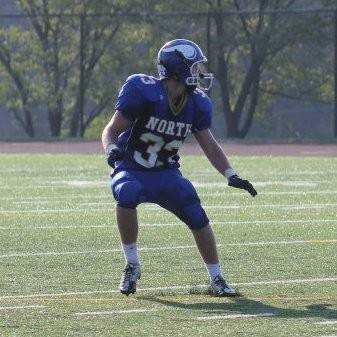 It was a game that will be remembered as Classic in the annals of Class A high school playoff history. A game that stilled pounding hearts for the waning minutes of the battle and sent a team to the sidelines that had left every ounce of spirit and energy on the Memorial Stadium artificial turf. Omaha North used two sparkling defensive gems by linebacker Cole Bixler to best Grand Island 39-34 and propel the Vikings to the Class A State Championship game in Lincoln November 26th. The storyline could have just as well been written for Omaha North as well as the Islanders, as both teams deserved to win and certainly neither deserved to be a lose.

Omaha North offensively rode the legs of the amazing Calvin Jones, who dazzled the estimated crowd of 4000+ with his 221 yards on 39 grueling carries. The junior standout, who swelled his season rushing total to 2,798 yards, scored 3 touchdowns including the the winning 17 yard gallop in the 4th quarter. Strong also increased his record setting touchdowns in a season total to 42 with the scores. The fever pitched 4th quarter, which saw 4 lead changes, gave the standing room only crowd a night to remember.

A full blog on this Classic will appear tomorrrow. Meanwhile, another sleepless night just thinking about how magic high school football can be. Nothing better.