Class A and B High School Basketball State Tournament Forecasts 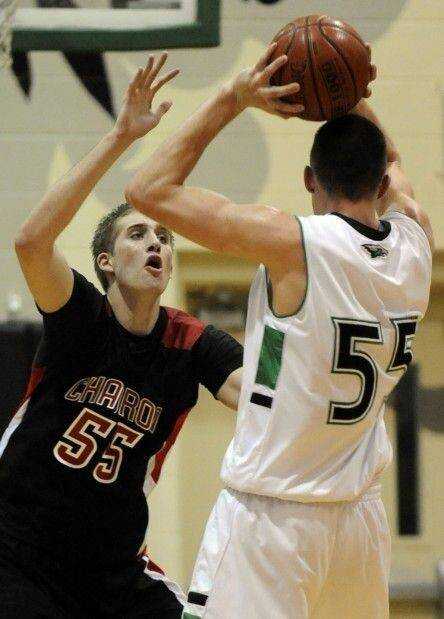 "Big Elliott" goes for the block. *Photo courtesy of Journal-Star

Most of you out there interested in College Basketball are aware of the Sagarin Ratings. These are ratings based on a complex mathematical set of equations that are based on things such as strength of schedule, scoring (defensive and offensive) and many other factors. I had often wished I were bright enough to formulate one for high school hoops, but a man named Ken Massey has solved that problem for me.

So.........based on his calculations, and just a smidgen of input from 1000 Yard Guy, here is what the State Tournament would look like at this point in time if it were indeed upon us. Takes a ton of time to figure this out, but this is what transpired after hours of work.

Finals: Central runs past Millard North 65-53 for the Title

Southeast then gets to Lincoln by handling Bell East 55-47.

Lincoln High wins by a 63-53 count over the Thunderbirds for the crown.

Prep has little more than more than a practice by trouncing GI 70-42, and Papio South gets a 10 pointer over Westside, 63-53

Creighton Prep advances with a 66-56 win over PLS.

Bunnies beat Millard West 63-52 and Fremont handles Columbus 49-32. Benson then edges Fremont in a thriller 56-53 for all the marbles, but the Tigers grab the WILD CARD.

CREIGHTON PREP's Caleb Steffensmeier calmly sinks two of THREE free throws with :04 seconds remaining after a Central player is whistled for a foul on a 3-point attempt with his team leading 61-60. Prep wins the Class A crown, 62-61.

Ralston beats Gross 59-56 for the marbles after slipping past Gretna 59-56 in the Semis.

It's Beatrice in a 51-50 thriller over Pius. The Orangeman and the Thunderbolts each post double digit wins over Norris and Waverly respectively in the Semi Finals.

Adams Central whips Lex by a 62-45 margin, then holds off McCook 49-45 for the right to head to Lincoln.

Close games make this baby interesting also, but the Red Raiders earn a return trip to State by beating Scottsbluff 58-54.

Key thing to keep in mind is that this Massey system does not take the "upset" factor into consideration. All the fun would disappear then, right?