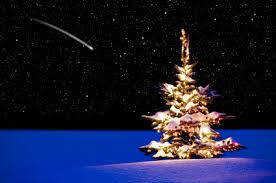 As Christmas Day, 1947 approached, Navy Seaman Hubert C. (HC) Smith was far away from his home in Greeneville Tennessee. The nineteen year old sailor was paralyzed from the neck down due to a tragic accident while engaged in his job as a shipbuilder.

Hubert Smith had not seen his family or friends since joining the Navy. Alone in his hospital room at a Naval Hospital in Southern California, a popular national radio show, Truth or Consequences, was about to give the stricken sailor a Christmas he would never forget.

Listeners were first taken (through the "magic" of radio) to the Long Beach Naval Hospital as Edwards spoke with Hubert Smith. Seaman Smith did not realize what was about to happen.

When HC talked about his hometown of Greeneville, the show then moved to the Greeneville High School where a Christmas party was being thrown in his honor. HC's friends lined up to talk to HC on the air.

Next, the national audience traveled to a popular clothing store along Greeneville's West Depot Street, where more friends of HC's sent their blessings and well-wishes. Then the listeners traveled to the Asbury United Methodist Church were HC was greeted on the radio by more friends, as well as a short message from the Rev. Fleenor, who offered a prayer that HC would soon be on his way home.

After this prayer, Ralph Edwards asked HC if he'd like to lead everyone in singing "Silent Night". With the radio engineer holding the microphone, the injured sailor began singing, and many of the Greeneville residents tearfully sang along.

(I must tell you, while driving along in my vehicle, getting an opportunity to hear this show on Sirius classic radio, I cried through most of it. I found it truly remarkable that a nineteen year old severely injured man could sing to the Lord with such heart)

The climax of the show was again a surprise to HC and the Truth or Consequences audience. The young sailor's parents suddenly entered the hospital room and embraced their son. Everyone was crying, (including me) as the young man's joy was shared with the country.

And if this wasn't enough, Hubert's sweetheart, Lyla Morrell, whom he had not seen since he had left for the Navy, entered the hospital room and more tears followed.

Such happy endings then became a regular thing for Ralph Edwards later in his television career with "This is Your Life."

Gary Bell, a classic radio nut like myself, and host of Sirius Classic Radio, said that he had done some investigating and wonderfully discovered that HC Smith turned out to be quite the incredible man.

Hubert C. Smith remained paralysed for the rest of his life until his death in 2006. HC did finally get to go home, where he married Lyla, then attended and graduated from college. HC and Lyla bought a farm, and were sucessful farmers leaving an endowment for a local Christian college to help students with physical difficulties.

Nothing is impossible when God is involved.