The Politics of Divsion 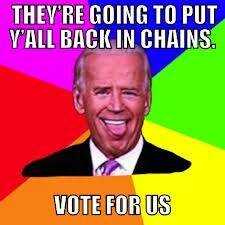 I don't know about you, but I am tired of the war on white folks from Democrats. While those on the Left constantly cry about hatred, and racism, the true war and hatred since 2008 has been a war on whites.

Listen to Liberals, and you would think that whites in America are the evil of the world.

No racists in America could have killed as many black children as leftists have with abortion.

No racists in America could have destroyed as many job opportunities for young black folks in this country as Barack Obama has.

No racists in America could have destroyed the black family structure as effectively as Democrats.

No racists in America could have destroyed the inner cities, and hurt black families the way that Democrat politicians have for fifty years.

I guess we cannot blame them for sticking to a strategy that works, after all, with very few exceptions, look at how the GOP has cowered in the face of a lawless President and a hopelessly corrupt administration. The GOP is loaded with fear. Afraid to even make an ethical stand on anything, they are bullied by the mere threat of being called a racist.

White folks, it is not a crime to be white, no matter what these fools running the Democrat Party try and tell you. Nor, do we need to apologize for being white.

We are all citizens of the planet, and we need to find common ground. We need to resist the lies of the snake politicians, and come together to find truth, and make a plan that works for all.

White folks are not the problem in America.

Brown folks are not the problem in America.

Neither are blacks, women, homosexuals, idiots, game show hosts or one legged midget transvestites. The problem in America are out of control politicians, so greedy for power and fame, that they spread discontent among the people.

And that makes them evil. Please wake up. We need each other. We need to stand together, and defeat the politics of division.