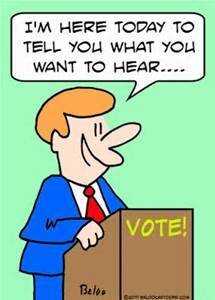 In the days of carefully crafted talking points and spin doctors, politicians are careful not to offend anyone on the Planet Earth, other than white Christians males.

It is hard to get a straight answer to any question from our elected officials. But if by some miracle, I had the opportunity to sit and ask our United States Senator, Mike Johanns, just twenty questions, and get twenty honest answers, that would be marvelous.

Here are twenty questions. Do you know how he would answer these?

1. Do you think the Obama Administration has the right to plant hundreds of illegals immigrants into Nebraska, while not informing State officials as to their names or whereabouts?

2. Has the Obama administration cooked the books on unemployment numbers, so that unemployment appears lower than it actually is?

3. Straight up Senator, do you believe that Barack Obama has broken any laws? Yes or no please. I am not asking for a Court Ruling, I want to know what you think.

5. Did the Obama Administration purposefully, with intent, create the border crisis in order to push amnesty or immigration legislation?

6. Do you believe the IRS when they say they "lost" Lois Lerner's e-mails?

7. Do you want all of ObamaCare repealed?

8. Is it true that the United States Government paid out over 100 Billion dollars last year erroneously?

9. Do you believe that the President and Hillary Clinton engaged in a cover-up of the Benghazi terror attacks? Again Senator, no screwing around with some lame BS answer. How about just shooting straight with your folks?

10. Is The President tearing down our military?

11. Do you believe that the IRS should be abolished?

12. Do you believe that Eric Holder is a corrupt Attorney General and should be impeached?

13. Do you believe that Barack Obama has committed any impeachable offenses?

14. Can you name one instance that you made a difference in fighting off Barack Obama's agenda?

15. Did Barack Obama show negligence in letting five Taliban Commanders out of GITMO for SGT. Bergdahl?

16. Do you believe that Barack Obama's foreign policy has been a disaster?

17. We see Liberal Democrat Senators all the times speaking out nationally for Liberals causes. Why do we never see you forward on the stage clearly defining the Conservative position?

18. Do you believe that Russia and China are more of a threat to the United States now than when President GW Bush was in office?

19. Is the United States economy on the verge of collapse because of failed Obama economic policies?

20. Do you think the Muslim Brotherhood has agents in the White House, advising the President?

Well, there you go. What do you think his answers would be? Honestly, I do not think we would get a straight answer on anything. Remember, this man gets a nice fat salary, benefits galore, and is responsible for much. Shouldn't we know something?