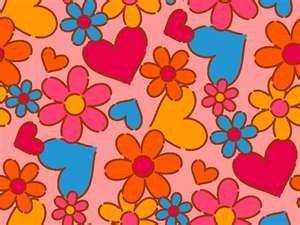 Many voters realize that any of the current candidates running for this nation's highest office would make a better President than Barack Obama.

Truly, it would be hard for any human being to do a worse job than Obama. But simply being "better" than Obama can not be the measuring stick when choosing a nominee. We must be honest with ourselves, and confront the Liberal Democrats and the mess they have created in almost every area.

The next President, must not try and manage the disease of Liberalism. That will do nothing to cure the devastating effects of the left on life and liberty here in America. The next President will have to push the Congress to roll back as much Liberalism as possible.

I know there are some of you that do not want to hear this.

You want hearts and flowers.

You want to hear how the Republicans and Democrats will sit down, and holding hands and proclaiming "love of country", they will sing Kumbaya and then compromise and do the right thing.

Unfortunately, there are some things you must not compromise on. Where exactly do you compromise on slavery for example? Didn't we try that once?

No my friends, Liberalism, as it applies to our government and our culture, must be taken on, and defeated.

Our next President must be steadfast on reducing government, serious about tax reform and reducing government regulations. He/She must be willing to take on the public employee unions. If our Republic is to survive, the next President will have to harness the Trial Lawyers, and the racists and race baiters in the Democrat Party. Let us not forget that the eco Fascists need to be run out of Washington.

The next President will have to do this in the face of the hysterical leftist media, and every poor soul they drag forward to support their dreams of serfdom for all. It will not be easy.

To save the Republic, there will no time for hearts and flowers.

Do you think that Mitt Romney will close the border?

Those are honest questions. You see, if Romney tries to better manage the mess that Liberals have created, he will wilt the first time the leftist media machine makes slanderous assaults on any plan to reduce government. Would Romney stand up to that?

I don't think so, and while it could be argued that Romney would not bow to foreign dictators, or apologize for Americans, or work to kill small businesses, he still would have done nothing to cut-out or remove the Liberal policies. Nothing will be done to rid the producers in this country of the bureaucratic parasites that Liberal Democrats have hung around their necks.

In Massachusetts, Romney embraced many of the things he says he is against now. That is weird. How serious will he be to repeal the health care takeover bill, when it is his plan the Socialists copied to give us the chains of Obamacare?

Will Newt stand up to the left as President. He might, for a while, but, correct me if I am wrong, Newt had a chance once to stand up for fiscal sanity, and he let Bill Clinton and the leftist media get the best of him. Remember how Clinton and the parasite/Democrats worked to shut down the government and blame Newt for it? Newt should have held his ground, but he buckled, didn't he? Did Newt, or the 94 Congress rid us of one single useless and expensive government agency?

In the end, with Newt, we simply got Republicans trying to manage the mess Democrats made, and that will not work.

Oh Newt would make a better President for sure, but that is not enough. If the cancer that is Liberalism, is not removed from our government, the country will not heal. The propoganda media will see to it that nothing gets done, and things will not improve.

Then, in four years, with conservatives fed up, and the Democrat sheep programed to respond, we will end up with someone worse than Obama, and our country will still be in peril.

Perhaps Rick Perry would have the stones to eradicate allot of Liberalism, but he has performed so poorly in the one hundred and eighty four debates (slight exaggeration) the Republicans have put forth, what would he do against the Marxist programed and indoctrinated Obama in a debate? Perry had a chance as Gov. of Texas to close the border in his state, did he do it?

Perry needs to stop trying to look good and sound good and take Obama on, HEAD ON. I mean to tell you, Perry needs to call out Obama for his Marxism and destructive policies, and his race baiting.

The leftist media will scream and holler, and thus they will continue to tell another of the great Liberal lies. That lie is this: If you call out Democrats for their Socialism and anti-Americanism, the Independents will get mad, and rush to vote for the Socialists and Marxists.

What the Independents want is a true Conservative, not someone like GW Bush, who claimed to be a Conservative, but then expanded government and increased spending. The Independents are waiting for someone who will step up and fix the damage Liberal Democrats have done. They do not want a bunch of promises, they want action.

The media will try and convince you that only hearts and flowers will win the Independents. That is insulting to Independents, and simply not true. True conservatism wins almost every single time.

If you will but open your eyes, you will see that Democrats engage in the most vile tactics, (like they did with Herman Cain and Sarah Palin) while demanding hearts and flowers from their opponents. It gets old folks.

So far, I see that Herman Cain, Michelle Bachmann, Ron Paul and Rick Santorum would have the character to take on Liberalism. They would not fold the first time that the then former President Obama, and his Occupy Wall Street parasites, take to the streets to complain about sanity in goverment.

Would I vote for Mitt Romney? I don't know. Why should I? I know, Romney is not a Socialist, nor does he hate America like our current President, but will he take on Liberalism, and this Leviathan of a government? If not, nothing will get fixed, and we continue to push ourselves over the cliff of Socialism.

I sometimes think that there are too many establishment Republicans, in the mold of Bob Dole, who want a big government, just as long as they control the spending. That will not work, and did not the nomination of John McCain prove that?

I use to say back in the days of Clinton, that Clinton could have announced that every Christian in America would be thrown over a five hundred foot cliff into a huge pit inhabited by hundreds of lions; only to have Bob Dole rush to a microphone and say that Clinton was all wrong. We only need a two hundred foot cliff and several dozen lions.

That style of Republicanism has got to stop, and it is the reason I am no longer a Republican. This is not the time for hearts and flowers.

Liberalism must be defeated. The country must turn back from the cliffs of Liberalism, or we will drown in debt, and all but the oligarchy will be forever in serfdom.

The Republicans must nominate someone who is capable of taking on and defeating the left, the unions, the lawyers, the Marxists professors, the Hollywood left, and most of all, they must stand up to the leftist media, and call them out on their lies.

Newt has shown the ability to stand up to the media lately: will we see more of it, or in the end, will Newt break out the hearts and flowers?

If the Republicans choose Romney as the nominee, I fear all we will end up with is Mitt for brains, if you get my drift. We will not get any rollback of leftist chains.

The country does not need hearts and flowers from the Republican nominee. We need a backbone, and a sincere desire to help the country recover from the devastation that is Liberalism.

More from this blogger · Sam Eldridge
Comments
View 105 comments
Note: The nature of the Internet makes it impractical for our staff to review every comment. Please note that those who post comments on this website may do so using a screen name, which may or may not reflect a website user's actual name. Readers should be careful not to assign comments to real people who may have names similar to screen names. Refrain from obscenity in your comments, and to keep discussions civil, don't say anything in a way your grandmother would be ashamed to read.
Respond to this blog