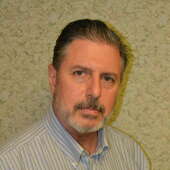 We’re all going to vote next week, right? Voting is a privilege not enjoyed by all, so I hope you will exercise your rights with gratitude. In my many years of tinkering around the edges of politics, I’ve followed races at the state and national levels that were decided by voter turnout alone. I have also seen local seats won (and lost) by fewer than ten votes, and I have had the privilege of sitting in on a recount and watching a vote be overturned. Needless to say, I have a tough time when people tell me that they don’t think their vote matters. I have seen too many races decided by close margins to let that kind of talk go unchallenged.

Yes, our politics can be messy. It’s a nasty business rife with deception, insults, deception, far too much money, and did I mention deception? With all of that, our system has served us comparatively well for a couple of centuries and has been copied by a great many governments around the world. Yet we ask, “What’s the underlying strength of that system?” It is our vote.

I am inclined to chuckle a bit when I hear people complain about how our national votes are evenly split. Under those circumstances, when a winner is determined, there’s no real “mandate of the people” behind the outcome. It’s true, close elections make for long election nights, and they never result in strong governments, but have you considered the alternative?

In 2021, Bashar Assad of Syria won reelection with 95.2% of the popular vote. In a much tighter vote the same year, President Mirziyoyev of Uzbekistan was reelected with 80.3% of the vote. Alassane Ouattara of Ivory Coast must also be an exceptional campaigner, having garnered 94% of the vote in 2020. Do those sound like favorable outcomes to you? Are those places you are yearning to visit? All things considered, I prefer living in a country where close elections happen with unpredictable frequency.

At this point in the game, about a quarter of you reading have already voted. Much to the chagrin of conservative populists, early and absentee voting are rapidly becoming the norm in our country. Nationwide, nearly 2/3 of voters in the last presidential election chose an alternative to traditional voting at a polling place on election day. Clearly, COVID accelerated the trend, but we were already headed in that direction before the lockdown.

Early and absentee/mail voting provides a convenience to the voter, but it can make a bit of extra work for the folks at the County Clerk’s office. Have you thanked the many people who collect and count our votes? We all really should. As you can imagine, they work extremely hard on the day of the election, and well into the night. That much we know, but what we tend to overlook are the hours of preparation before each election, then more at the canvassing boards that follow. That goes for both the Clerk’s office and for the nice people who serve at your local polling place.

They are all part of a larger, well-orchestrated effort. They, in cooperation with other counties in each state, work to put mechanisms in place to ensure that we have confidence in the outcomes of our elections. That is vitally important. I know there have been a multitude of allegations of fraud thrown around since 2020, but if we lose faith in our elections, the game is over. Our local election officials and election workers are the front line of an ongoing battle against a loss of confidence. It’s that confidence in free and fair elections that legitimizes our government and solidifies our standing among nations, and it all starts with the nice ladies at your local polling place.

We truly need them. They give their time generously and do so well into the night. Before we had computers, the Clerk’s office and volunteers, nearly all women, would count and recount, sometimes until the sun came up, only to turn around and do it again a few days later.

Of course, we now have computers so election workers won’t have to stay up until 5:00 a.m. counting ballots. They now stay up until 5:00 on the phone talking to a 14-year-old kid in Mumbai who tells them to turn the computer off, then turn it on again, but at least they aren’t counting ballots. Technology has changed the process dramatically in recent years. Those changes have not always been fun, but our election folks adopt new technologies and roll with the punches.

If you haven’t already voted, please plan to make yourself heard. While you’re there, say something nice to the people who confirm your name, hand you a ballot and sharpen your #2 pencil. Ask about what they do, how and when they started. I’ll bet that they have good stories, and you might find that they ask if you would like to help. It’s an important and interesting endeavor well worth looking into. Have a great election day and by all means, be proud of our system of government and the kind people who make it work.

More from this columnist ·
Comments
View 1 comment
Note: The nature of the Internet makes it impractical for our staff to review every comment. Please note that those who post comments on this website may do so using a screen name, which may or may not reflect a website user's actual name. Readers should be careful not to assign comments to real people who may have names similar to screen names. Refrain from obscenity in your comments, and to keep discussions civil, don't say anything in a way your grandmother would be ashamed to read.
Respond to this story