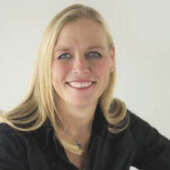 To move forward, we must accept change

Change can be hard. There are the unknowns, the what-ifs, and the uncertainties. We are hard-wired against change because change is seen as a threat — a threat to what we know, to how we've always done it and to our patterns and behaviors.

But even with all these hurdles, there is one simple truth: If we don't change or don't accept change, we will be left behind. Those people or communities who refuse to change will fall further and further behind, while those who strive to make improvements or learn to adapt will move forward.

After all, we can't avoid change. Change happens simply because of the passage of time. We grow up. We get old. We have kids. They move out of the house and begin lives of their own. And then they return, with a spouse, with their own kids or with the notion of taking up residence again in your basement. Our lives are constantly in a state of change.

And so are our communities. Businesses start up and, unfortunately, close all the time. Organizations expand when needed and then end when they have run their course. Neighborhoods expand with new housing while older houses fall into disrepair.

While it may seem like things are not changing, no two days are the same because you'll meet different people walking down the street. No two meetings are ever alike because board members change or new officials are elected. Even the sidewalks evolve, either getting repaved or crumbling apart. It's all change.

One of the biggest hurdles to accepting change is the fear of failure. If we try something new, it may not work.

Perhaps we put on an event and no one shows up. But at least you tried. Maybe you open a new business but it only lasts a year. Now you know that it won‚Äôt work. Or you suggest a community garden but all the work falls on you so the next year it is abandoned. Then maybe the project wasn't meant to be but it was a lesson learned.

But we can't be afraid of change. Without change, things simply wouldn't happen.

Consider the creation of Norris Alley between the Keystone Business Center and the Fox Theater. What began as Linda Graff's vision after her daughter's wedding in the same space, the former parking lot is now a welcoming plaza in downtown McCook.

And it didn't happen overnight, nor was it a simple process. Nearly a decade has passed since the Norris Institute took on the project and the design went through many changes before construction even began.

But now, it is hard to imagine the space as a parking lot anymore. The chairs and tables serve as an invitation for people to sit down for lunch. The openness is a perfect backdrop for prom pictures. And the stairs on the east side along Norris Avenue are perfect for visiting with friends for a few minutes.

Between 6-9 p.m., there will be a dinner served by Rotary, a cash bar by the McCook Chamber and a free concert with opener Jon Reiners and national act Flagship Romance. And at 6:15 p.m., Norris Alley will have its ribbon cutting with the McCook Chamber. Everyone is invited to stop by and be part of the celebration, to be part of the change happening in downtown McCook.

But even after tonight's celebration is over, stop by Norris Alley and consider the effort it took by many people and organizations to make it happen. Appreciate the difficulty they underwent to see a dream become reality. And learn to accept the changes which must take place if we want our communities to move forward and become an even better place to call home.

Speaking of change, even the Heritage Days Road Race on Saturday is undergoing a few changes this year - from the start time to the route to the organizers.

Rather than getting up before the sun rises, runners and walkers can sleep in if they would like as the race start time has moved from 7:30 a.m. to 1 p.m. This will allow participants to enjoy activities organized by the McCook Chamber in Norris Park before and after the race.

A group that probably appreciates the later start is the long-term volunteers at the Heritage Days race: the McCook High School cross country team. For years, the high schoolers were up before dawn when they didn't have school‚ with only a little bit of groaning and moaning. But this year, they'll be able to sleep in, that is until most of them have to get up for the 10 a.m. parade.

Another change is to the course, The start and finish line are still on the west side of Norris Park, but the course will take a slightly different route this year because of the time change and safety concerns.

And thanks to Elevate Physical Therapy for taking over organizing this race, and the YMCA for coordinating the entire Republican River Fitness Series. this year.

All of these groups and individuals have shown they are able to adapt to change. Time will tell if the change pays off, but at least they are all trying and making a change.