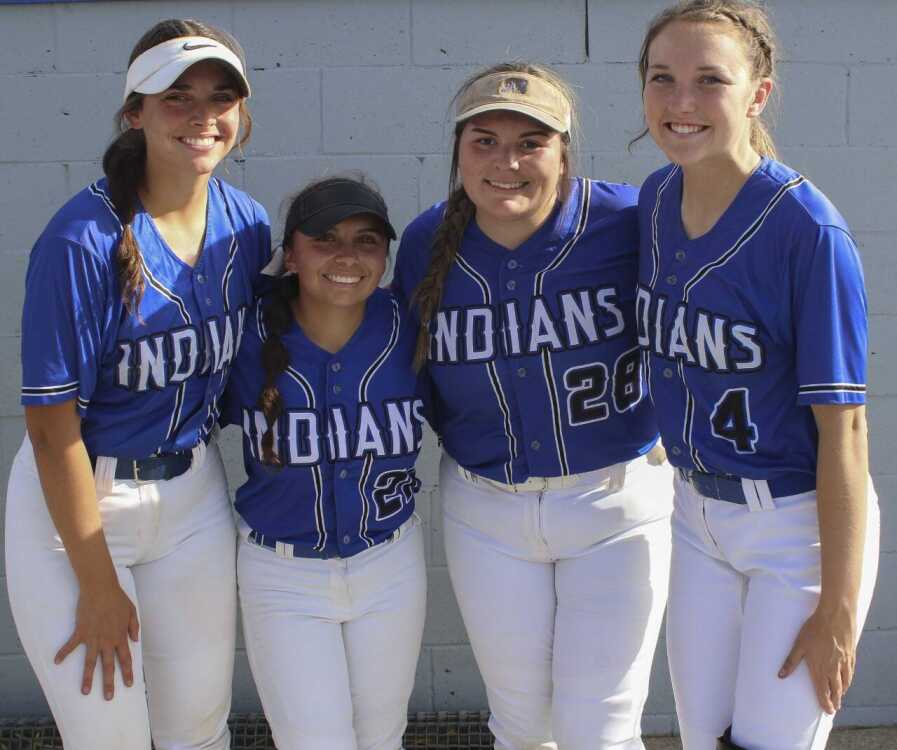 MCC placed three sophomores and one freshman on the All-region IX team and Kaalberg was named the Region IX Coach of the Year on the strength of the team’s first ever Region IX regular season championship as well as the Region IX post-season tournament championship.

MCC finished the regular season 39-19 and won all three tournament games to advance to the Central Plains to host the Plains District best-of-three championship series starting Friday at 3 p.m. against Butler Community College.

This is the second year for Cortez being selected as an all-Region IX outfielder. This year in 61 games, she has batted .490 (setting the regular-season batting average record), had a .544 on-base average and a .715 slugging percentage. She leads the nation with her 98 hits, is fifth with 25 doubles and 10th with 77 runs scored. She drove in 63 with four triples, four home runs and 19 stolen bases.

She is two doubles away from setting the MCC season and career record for doubles and set MCC career records for walks, OBP and runs scored.

Baca, from Strasburg High School in Colorado, set the single-season home run record of 23 this year as well as the career mark of 41.

O’Neil led MCC with 35 starting appearances in the pitching circle – the most starts of any NJCAA Division I pitcher this season. An injury limited her to just two relief innings in the first seven games of the season and she didn’t get her first start until Feb. 25.

She won 22 games and lost six with a 3.39 earned run average. Erlandson, a graduate of St. Croix Preparatory in Minnesota played in 59 games as a freshman, mostly at catcher, where she batted .375 with seven doubles, one home run and 34 RBIs. She had a .439 on-base average and led the team with 55 singles.