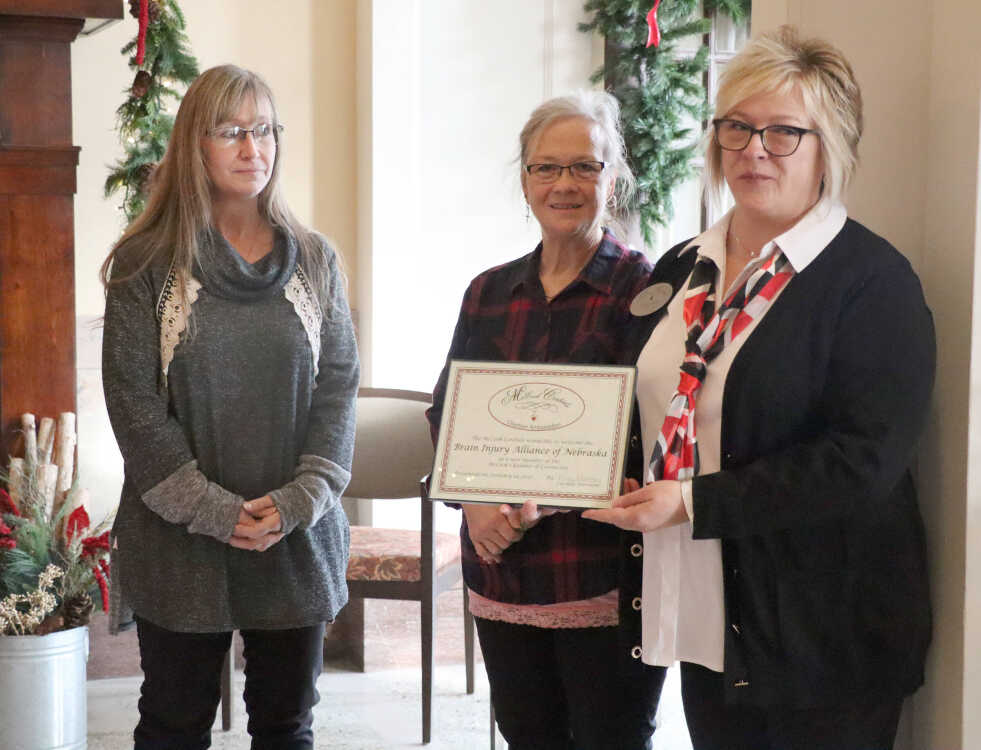 McCOOK, Neb. - According to Brain Injury Alliance Nebraska Resource Facilitator Shir Smith, 98 percent of the incarcerated people that she screened had suffered some type of brain injury. She had also worked with victims of domestic violence and recognized brain injury symptoms in many of her clientele. That was an eye-opener for Smith.

Brain Injury Alliance Nebraska hosted a chamber ribbon cutting Friday and shared personal stories and dreams for the future with attendees. The organization works to create a better future for all Nebraskans through brain injury prevention, education, advocacy, and support. The organization helps facilitate resources that will assist individuals with brain injury, their families, and caregivers. They also help professionals find answers to questions about brain injury. Through care consultation, training opportunities, and support group listings, facilitators strive to help those suffering from brain injury develop strategies for dealing with common problems that arise following that injury.

Shir Smith and MenDi McCuiston are both resource facilitators for the Western Region. They told the chamber gathering that awareness of brain injury requires the entire community to be attentive to the possibility of brain injury in their friends, neighbors and loved ones. 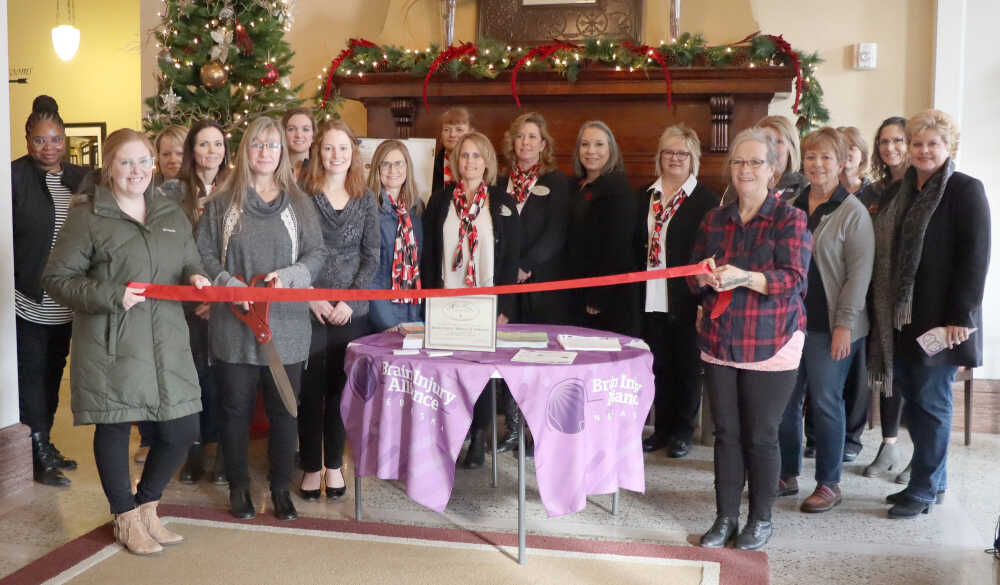 “Brain injury is huge,” said Smith. “Yea, drugs and alcohol are a big deal in our communities. But that’s a coping skill. That’s a way they’re trying to deal with the side effects of brain injury.” The facilitators want to increase access to resources for brain injury sufferers on the western end of Nebraska.

McCuiston shared with attendees the story of her daughter, who was in a car accident shortly after turning 16. Her daughter went from a “fun-loving girl” to a rebellious teenager who skipped school, participated in drug use, and ran with the wrong crowds. McCuiston said her daughter was involved in the court system due to skipping school and was beat up several times. The courts simply labeled her a rebellious teenager. “I didn’t know what to do. I was all alone,” McCuiston said. As her mother, McCuiston knew that something more was going on with her daughter.

“I am here because I want others to know that if there’s a change like that, we need to get you some resources. We need to know who we can talk to. Is this a normal behavior? Is this something that I can deal with? Do we need some other intervention?”

The facilitators are also looking for resources in the community. They said they have physical therapists, chiropractors, and other providers in North Platte who have a good understanding of brain injury. They would like to build a referral list of providers in Southwest Nebraska as well.