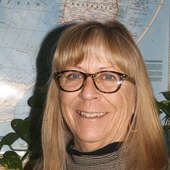 the stories I extract from newspapers come from the McCook Tribune but today I’m sharing stories from the McCook Republican that I found in Newspapers.com through my expanded Ancestry membership. Newspapers.com does offer a short-term free membership to allow you to search their website BUT, and this is a very big but, you have to remember to discontinue that membership or you will be charged every month.

November 4, 1921: “When returning from practicing their play at the high school building, Frank Raine and Bud Bartlett accompanied Cyril Viersen, they were running rapidly along the sidewalk south of J. E. Kelley’s residence on F street, Halloween night, when Frank and Bud struck a wire stretched from tree to tree across the sidewalk. The wire cut quite a gash below Frank’s mouth and threw him to the walk. Bud was thrown violently to the walk, receiving a cut over his left ear and a broken shoulder. They were taken to the Somerville home, across the street and a physician summoned, who dressed their wounds and reduced the fractured shoulder. Both boys then went to their homes and will be all right when their wounds are healed. But its no fun now for the victims of a thoughtless Halloween prank, the like of which it is hoped will not be tried again.”

“Bullard Lumber Yard burns. About 3 o’clock Tuesday morning the southeast sheds of the Bullard Lumber yard was discovered to be on fire, and an alarm was turned in but before the fire department could arrive the flames had spread all along the south side and part way up both the east and west sides and had communicated to the piles of fence posts and other lumber in the center of the yard, causing a loss estimated variously between $30,000 and $40,000. Insurance $18,000. The new fire apparatus worked fine and the office building and storage sheds adjoining it half way down the east side were saved from destruction. The origin of the fire is not known.” November 4,1921.

“Break and Rob Sutton’s Window. Early Tuesday morning, during the Bullard fire, someone broke the south show window of Sutton’s Jewelry store with a piece of iron pipe and took two strings of pearls, several watches, some rings, and other jewelry, estimated to be worth between $300 and $400. No clue of the thief or thieves has been discovered. The Jewelers’ Insurance Co. has been notified, and their agents will undoubtedly investigate the case thoroughly.” November 4, 1921

“Legal Battle for Child. A legal battle for the custody of Paul Shobe, four years old, is being waged in McCook, where his grandmother, Mrs. Jake Matthews instituted habeas corpus proceedings. Deputy Sheriff J. H. Cooper passed through Lincoln with the boy, enroute to McCook, where his guardianship will be arranged. The boy’s mother and daughter of Mrs. Mathews died, and her husband re-married. He died soon afterward, and the second wife lays claim to the boy. She will fight the attempt of Mrs. Mathews to gain custody of the child. The boy has been at Stanton with his step-mother. Judge Eldred at the hearing Wednesday gave the step-mother, Mrs. Florence Shobe, of Stanton, the custody of the child, Paul Shobe.” November 25, 1921

“F & M Bank Moves. The Farmers and Merchants Bank who have been temporarily occupying the room at 223 Main Avenue, moved this week into their elegant home and permanent quarters at 209 Main Avenue, in the same block south. Though not finished it can be occupied without interfering with their business, and the officia’s will be glad to have you call and show you the convenience of their new home.” November 25, 1921

Don’t forget the SWNGS Christmas Party on Saturday, December 4th starting at 1 p.m. We are located at 322 Norris Ave., in the Temple Building, Rooms 2-7. There is an elevator for your use.