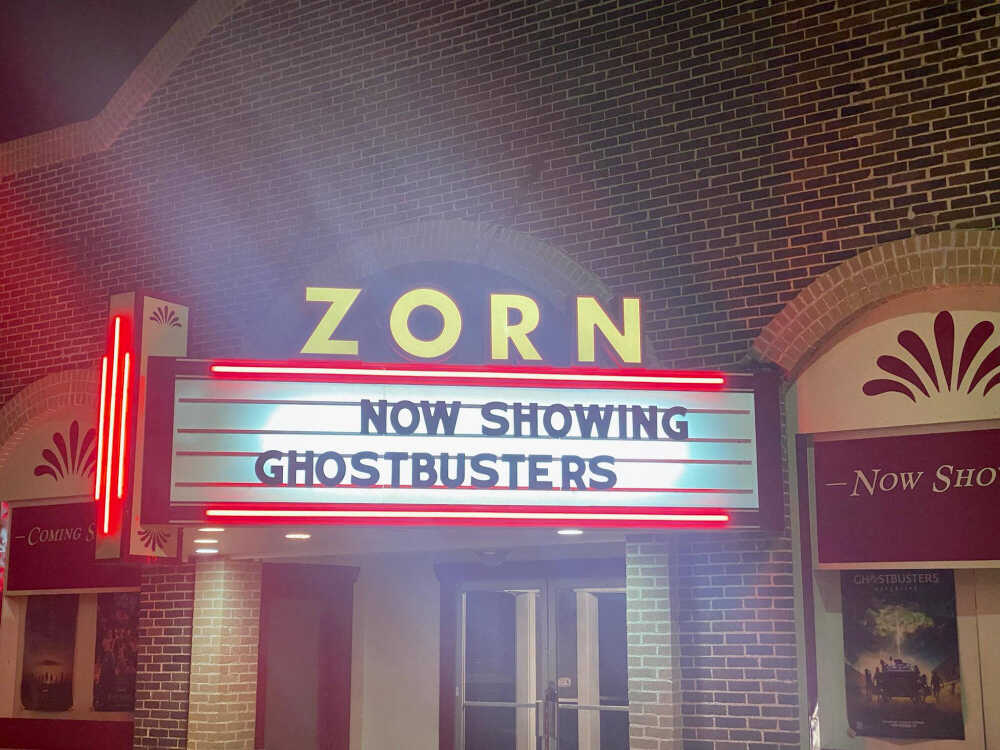 he Zorn Theater in Benkelman has been completely renovated and is ready for its grand re-opening, a showing of Ghostbusters Afterlife. Thursday at 7 p.m., Friday and Saturday night at 7:30 p.m. MT and Sunday at 7 p.m. MT.
Amy Frederick - Benkelman Post

BENKELMAN, Neb. - The historic Zorn Theater on Main Street in Benkelman has been a southwest Nebraska community favorite since its inception 93 years ago. Last year, the Zorn was chosen through a competitive process

The search for the right theater was narrowed down to five, and the Zorn was finally chosen as the theater the architects and the State would help, with the goal of placing it on the National Historic Register. After months of collaborative research and work, The Zorn received its National Historic Designation in February of 2021. 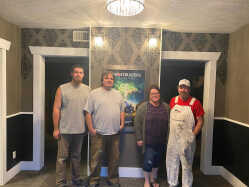 From left, Alex and Jon Gonzales helped with flooring, construction and repairs, while Shelly and Paul Rooney did the painting. The old lobby had to have two interor walls replaced with drywall. Paul fixed the lath and plaster and trim before his wife Shelly was able to complete the look with her decorative stencil finish.
Amy Frederick, Benkelman Post

Then, just four short months later in June, The Zorn, ran by a Board of Directors, had to temporarily close its doors. The Theater has been running as a non-profit organization for the last 45 years. The covid pandemic and a lack of available movies took its toll on attendance at the theater, and the hard decision to close for the summer followed. In addition to pandemic issues, the facilities were starting to really show their age.

Over the years, wonderful community volunteers had painted and done everything they possibly could to keep the building maintained on a shoestring budget, but time was taking its toll. The Board decided to pursue grants to renovate and revitalize the theater while they were closed over the summer months. Two exceptional grants were received from the Albert and Bernice Hansen Foundation and the Dundy County Community Foundation. The grants were utilized to repair and patch the lath and plaster and paint the walls and auditorium floors throughout the theater as well as apply a decorative finish to the lobby area and replace the carpeting.

Nostalgia for the Zorn propelled a successful social media fundraiser. A Walmart registry helped buy new decorations like a brick-red velvet couch, beautiful dimming chandelier lights, even new trash cans and curtains, provided by community members. The Dundy County Class of 1994 jumped on board with the remodel and sponsored a revitalized concession stand complete with an artist’s mural and a new pizza warmer. The class of 1994 has several special ties to the theater. The concession stand will be dedicated in honor of class mom, the late Dana Mullanix, who volunteered or managed the theater through most of the classes’ school years. One of the classmate’s grandfather was the projectionist there and another classmate’s grandparents were the Zorns. 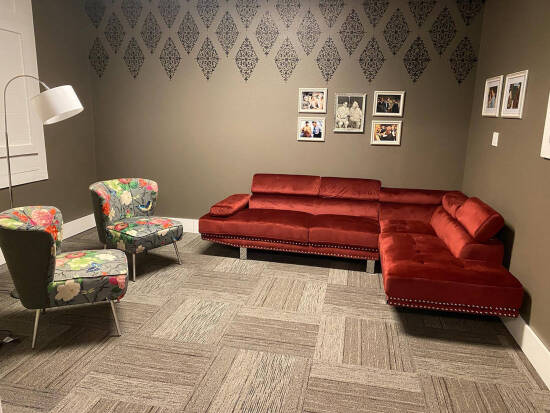 The new lobby was furnished by community members and help from the Dundy County Historical Society. The decor highlights Benkelman native Ward Bond on the walls.

Most of the current phase of revitalization has been completed, and the Board has been making changes that will make the Zorn a venue available for events as well as movies. Future plans include events like Christmas celebrations, meet and greets, and in February the theater will host Dueling Pianos.

Grants and funding are still being pursued. Items still needed include a sound system for the stage for live music, a new set of theater curtains, and painting the ceiling. The stage curtains are believed to be original to the building and have holes the size of dinner plates in them. 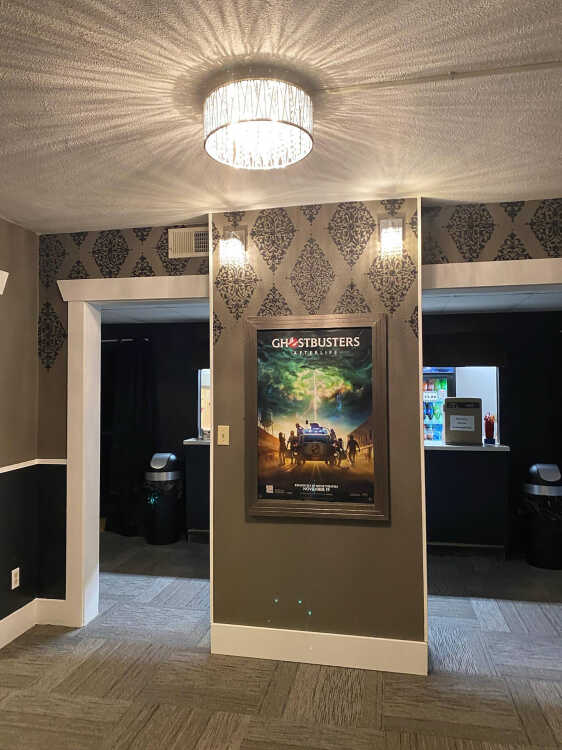 The walls in the lobby and entryway had seen their prime. Originally covered in torn and stained burlap, the newly renovated space wows arriving guests with beautiful details. From the refurbished white trim to the the repurposed crystal chandelier, new wall sconces, and updated carpeting, every surface has been updated.
Amy Frederick - Benkelman Post

The community is responding incredibly well to the updated new look of 1950s starlight lounge meets 1930s art deco theater. If you’d like to see this historic and treasured community gem, the theater will be open Thanksgiving night and will show Ghostbusters Afterlife all weekend. Show times are 7 p.m. MT Thanksgiving night; 7:30 p.m. MT Friday and Saturday and 7 p.m. MT Sunday night. The theater is located on Main Street in Benkelman. A beautiful marquee greets you outside with anticipating excitement. This is going to be a fun experience.

Admission prices are $5 for adults and $4 for youth. Concessions are reasonably priced; drinks are $2 and candy and popcorn ranging from 25 cents to $2 each. If you would like more information on the Zorn Theater, call Amy Frederick at the Benkelman Post 423-2337 or 340-4648.