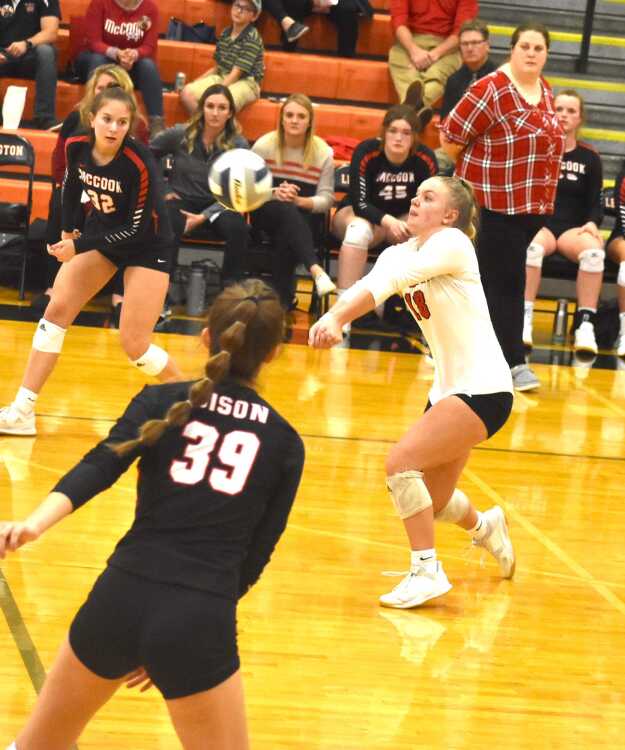 McCOOK, Neb. — Safe landings were nearly impossible for volleyballs when Peyton Doucet gets in the flight path.

The McCook senior was probably a terror along parade routes if candy ever was tossed.

Tumbling, rolling, diving and sliding have been her daily routine since first hitting the Bison volleyball court.

Libero should include Doucet with scuffed knee pads in every google.com search.

Doucet represents the Bison in all-Southwest Conference where powers like Broken Bow and Ogallala rule.

Other Bison leaders during the 2021 season.