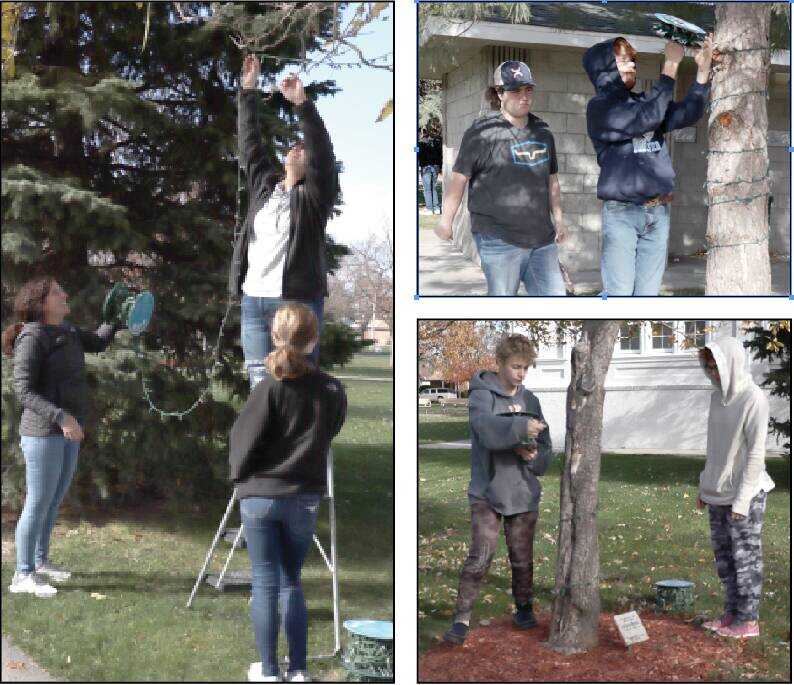 McCOOK, Neb. - The chamber’s Christmas committee has plans for making this holiday season magical and adding more sparkle to Norris Park is one of the goals. McCook Public Schools students assisted in hanging lights Thursday afternoon in preparation.

The holiday season will be kicked off on Saturday, December 4 when Santa flies into the McCook Ben Nelson Regional Airport and the J&S Aviation Hangar at 1 p.m. He will spend some time at the hangar, and then make his way downtown to visit with children at the Sports Shoppe from 4 to 5 p.m. and at Brown’s Shoe Fit from 5-6 p.m.

Adding to the magic will be horse-drawn carriage rides around Norris Park from 4 to 6 p.m. and from 6:30 to 7:30 p.m. The 10-minute rides have shown to be a popular addition to the Christmas opening festivities, as they rides have already sold out according to Chamber President Brandi McConnell.

Entertainment will also be provided in Norris Park beginning at 4 p.m. with the McCook High School Choir, followed by the McCook High School Band at 4:30 and the For Dancers Only Performing Arts Academy at 5 p.m. Refreshments will be served in the park courtesy First Central Bank, Kinship Pointe McCook, and MNB Bank.

The highlight of the evening will be the annual High Plains Radio Christmas Light Parade down Norris Avenue beginning at 6 p.m.

Many businesses will have extended hours for the festivities.