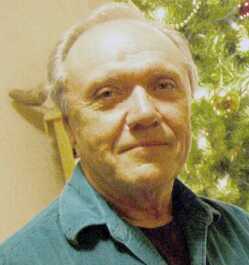 He graduated from Old Randolph High School in 1958, later joining the US Army. He married Sherilyn Specht December 22, 1963. He married Pauline (McQuiston) Schulz on August 16, 1985.

A family Celebration of Life for Harper and Pauline will be this spring. Wenburg Funeral Home of Arapahoe, Nebraska is in charge of the arrangements. Condolences and personal reflections may be left at wenburgfuneralhome.com