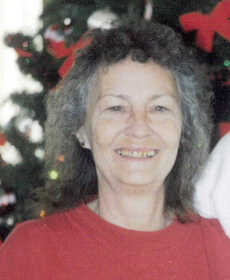 Ina was born July 27, 1934 in Stratton to parents Embre and Sarah (Clifton) Woods. She was one of twelve children. When Ina was eight years old, the family moved to Lebanon, Ore. where Ina continued to go to school, graduating from high school in 1932.

Ina married Dale Hasenyager in 1953 and to this union two daughters were born. The couple later separated. On Christmas Eve, December 24, 1983, Ina married Clifford Prince in Lebanon. The couple returned to Stratton where they made their home. Ina was a loving homemaker who enjoyed cooking and taking care of children. She was a foster parent to more than thirty children over the years. Ina was a member of the American Legion Post 51 in Lebanon.

Ina and Clifford were members of the First Christian Church in Lebanon and the United Methodist Church in Stratton.

Ina was preceded in death by her parents; one son, Norman Hasenyager; seven brothers; and three sisters.

Those left to celebrate her life include her husband, Clifford Prince of Stratton; two daughters, Barbara Jean (Richard) Schlinder and Patricia (Ron) Passmore all of Lebanon; four step daughters, Linda Green of Gering, Neb., Janet Smallman, Kathy (Joe) Smallman and Susan Anderson all of Lebanon; and her sister, Naomi Herman of Ill.

Memorial Services will be held at 2p.m. on Tuesday, September 8, 2020 at the United Methodist Church in Stratton with Pastor Rod Heilburn officiating.

Carpenter Breland Funeral Home of McCook has been entrusted with the arrangements. Please visit our website at www.carpenterbreland.com to sign the online guestbook for the family.