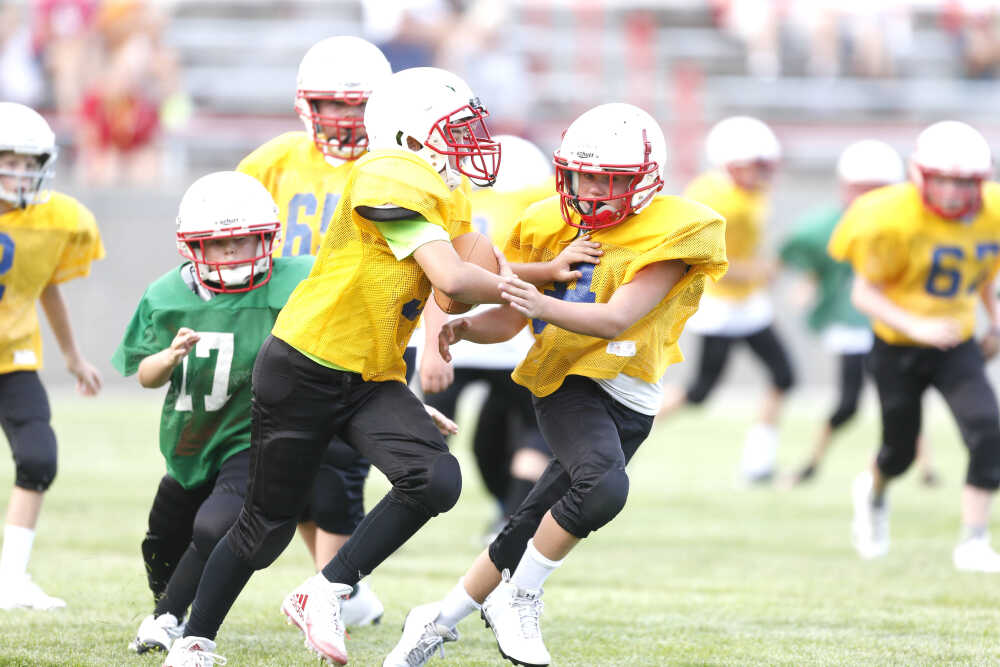 McCook Football League players were so fired up that two Rams (above) tried to carry this ball Thursday night. Only one player reached the end zone all game as Isaac Vrbas (below) reacts to his touchdown which finished a 7-0 overtime win over the Eagles in fifth-sixth grade league action.
Steve Towery/McCook Gazette

McCOOK, Neb. — Defensive freaks and fans of offensive behavior were both pleased throughout the McCook Football League season openers at Felling Field Thursday. 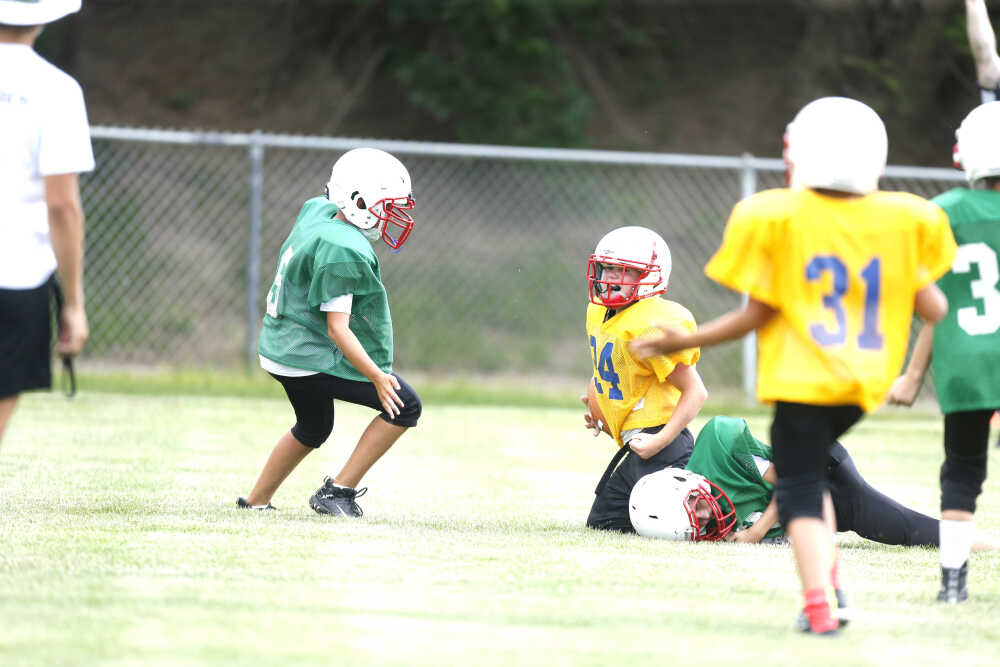 The team wearing gold won Thursday’s MFL opener, but it went beyond four quarters to decide this Rams-Eagles contest. 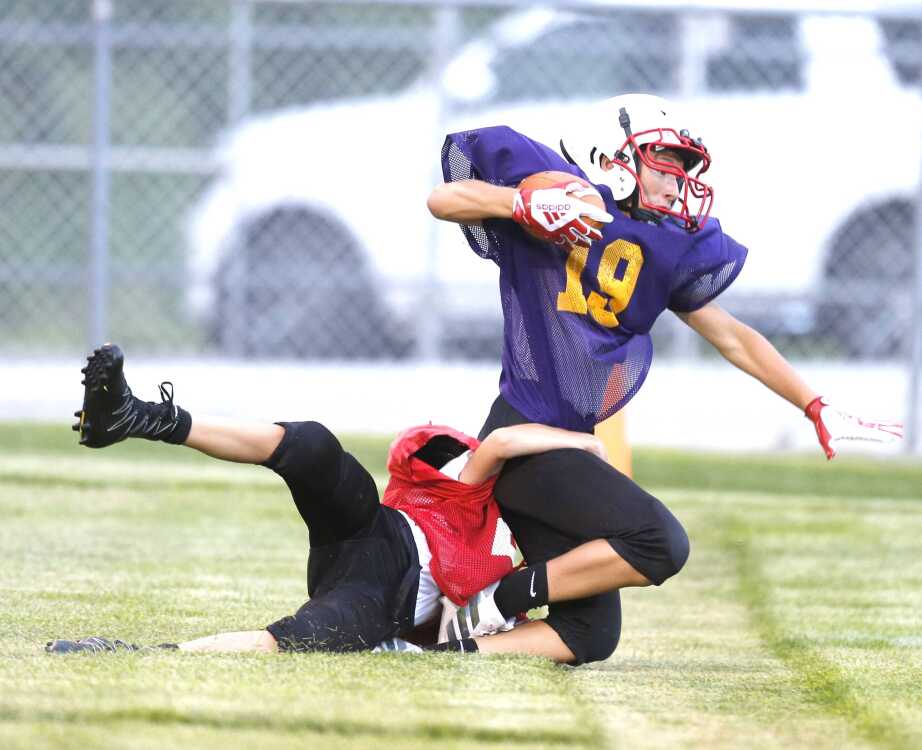 Noah Mashek (19) reaches across the goal line to complete his 24-yard touchdown reception for his Ravens in a 47-6 opening win over the Chiefs Thursday night.
Steve Towery/McCook Gazette

The Ravens-Chiefs skirmish showed seventh and eighth graders have a little more experience at tallying TDs.

Ethan Latta took one 64 yards into six-point paradise and Nathan Mashek plowed across the goal line for a 24-yard touchdown.

Gullion soon caught a Chiefs pass which he carried 64 yards to the season’s first “pick six.”

With a 26-0 halftime lead, the Ravens were soaring towards an impressive 47-6 triumph.

Their second-half scores were no less exciting for Ravens fans.

Zach Hinze sprinted 56 yards and Latta covered 54 to make it 40-0 through three quarters.

However, the Ravens weren’t finished until Latta reached this third TD on a 25-yard gallop.

Kalen McCorkle and Hinze both ran to two PAT conversions with Gullion adding another.

In fact, both the Rams and Ravens could reach 2-0.