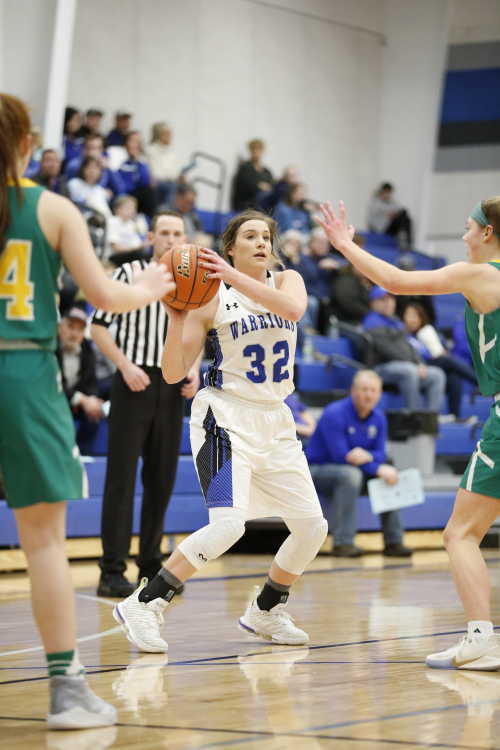 Senior Adrienne North and sophomore Emilee Hanke scored six apiece. Arapahoe (2-9 record) only led 15-12 at half but outscored the Raiders 15-8 during their third period.

PAXTON, Neb. — The Maywood-Hayes Center girls turned a 12-0 start into 28-1 by halftime while earning their 10th win of this season.

Senior Avery Johnson’s 20 points led the 10-2 Wolves with another 10 from junior Jaycee Widener.

Seniors Maria Jauken (eight points), Cali Gunderson (seven) and soph Schyler Hoberty (six) were other leaders in one of the Trojans’ top offensive efforts this season.

On Saturday, Wauneta-Palisade (3-9 record) scored a 64-57 victory over the Roughriders. No individual stats were obtained.