No rest vs. West as All-Stars' energy fuels sweep 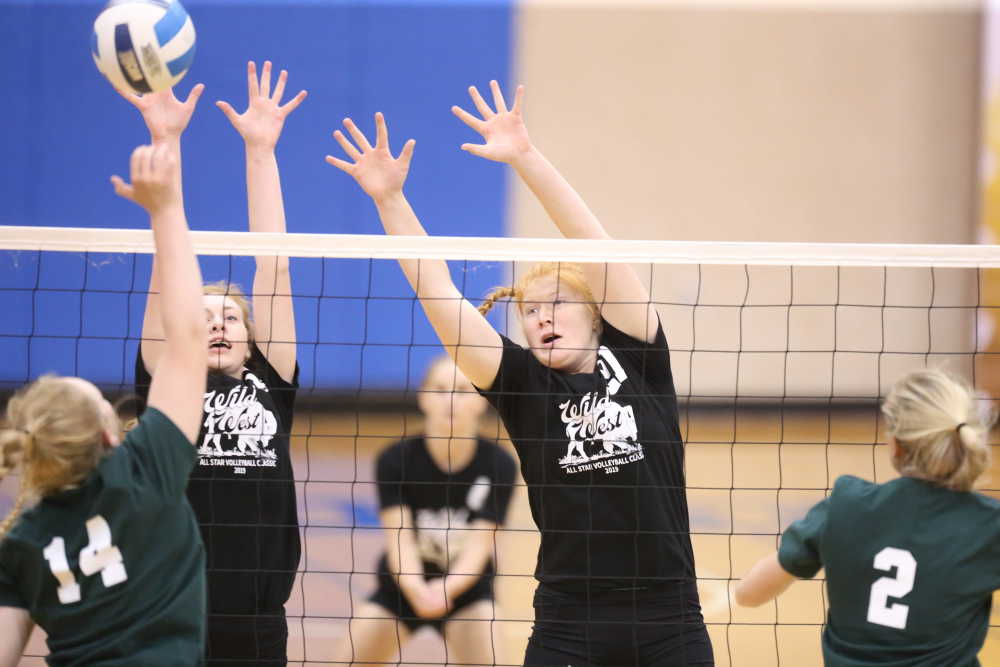 On Saturday, both MCC alums returned to direct a little more winning success on the Graff Events Center home floor.

Together, they coached the West All-Stars to a 25-15, 25-11, 25-21 sweep of the East in Saturday’s third annual Wild West All-Star Volleyball Classic.

The West featured a winning combination ranging from Dundy County-Stratton to Hitchcock County to Chase County along with Ogallala and North Platte among others.

Chase’s Allison Owings also made an impact in the West attack while another Hitchcock star — Kyleigh Scott — helped defend against East attacks.

However, the West regained a lead and never relinquished it as Ogallala’s Madison Mendoza earned Most Valuable Player honors for this winning team.