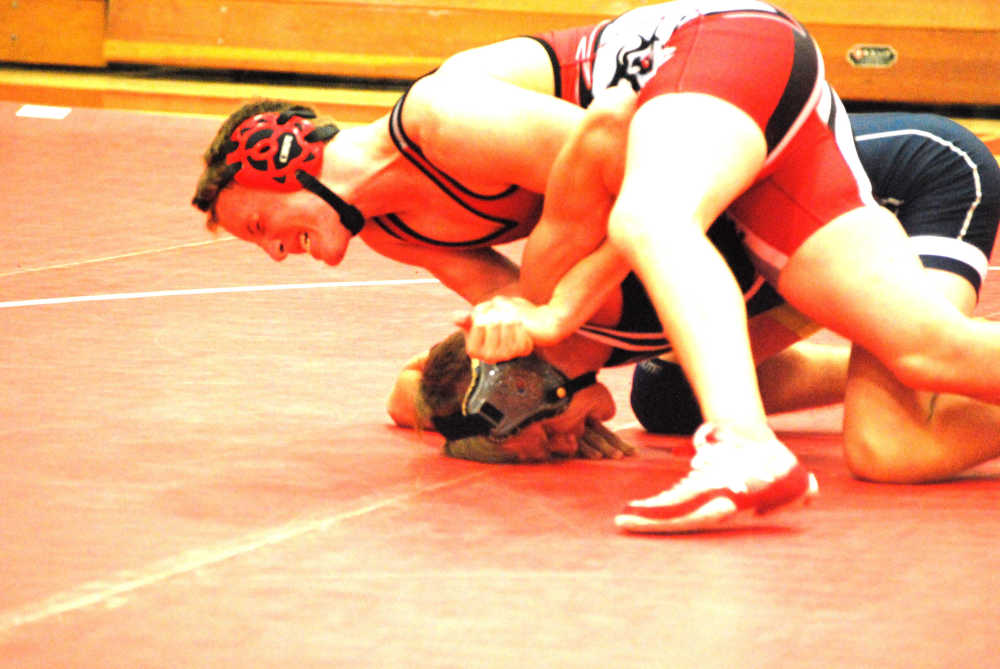 McCOOK, Neb. — “Iron Man” has been an annual award for McCook High wrestlers, but no Bison can match what senior Gavyn Klein achieved in 2017-18.

Klein captured “Iron Man” honors for a fourth consecutive year, an award to every wrestler who doesn’t miss one practice through the entire season.

“We started it a number of years ago because we struggled to get wrestlers to come to practice on a consistent basis,” McCook coach Nick Umscheid explained. “In all the years we have given this award, Gavyn Klein is the first to ever earn it four times.”

Klein has also been a consistent contributor in other sports like Bison football.

The fullback/linebacker worked through another terrific 9-2 Bison campaign and broke loose to a touchdown in his final regular-season game against Lexington.