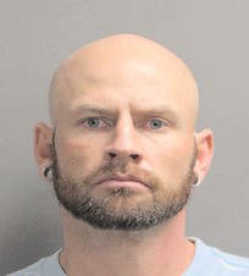 McCOOK, Neb. — A local felon arrested this summer on charges including possession of a deadly weapon, burglary tools and drug paraphernalia, was sentenced to probation time earlier this month in Red Willow County District Court.

The man, 34-year-old Joshua Knappert of 912 West K Street and 1207 West 14th Street, accepted a plea agreement in October admitting guilt to a Class IV felony for attempted possession of a deadly weapon by a convicted felon and a Class 3 misdemeanor for driving under suspension. He was subsequently sentenced during a Dec. 4, 2017, hearing to 24 months probation.

Knappert was arrested in July following a McCook Police Department traffic stop after the arresting officer recognized Knappert behind the wheel of a vehicle and knew he had a suspended driver’s license, according to court documents. A subsequent search of the vehicle turned up a laundry list of items including, a marijuana grinder; a glass pipe with marijuana residue; two knives each with four-inch blades; a scale with white residue on it that tested positive for the presence of methamphetamine; a crowbar; and two co2 pistols that looked to be close replicas of real pistols.

The arresting officer indicated the tip of one of the two knives had been ground down to create a “shove knife,” which he explained is used to open locked doors.

The arrest report indicates Knappert has a long list of traffic violations, drug violations, assaults and some shoplifting, and told the arresting officer he was released from prison in May of 2016.

Knappert was previously sentenced in Red Willow County District Court in June of 2014 to 15-45 months in state prison, according to court documents. He accepted a plea agreement, in that case, admitting guilt to a Class IV felony offense for possession of methamphetamine, while dismissing infractions for possession of drug paraphernalia and failing to use a turn signal.

Knappert was also one of two men sentenced to jail time after forcing their way into several McCook homes in May of 2012. Knappert and his accomplice, Nicholas Clapp of McCook, wore bandanas to hide their identity and assaulted residents they startled awake in many instances. Knappert accepted a plea agreement in that case admitting guilt to three Class I misdemeanor offenses of third degree assault and was sentenced in July of 2012 to 45 days in jail.

* A Minnesota woman, 32-year-old Kaye M. Olson of Duluth, Minn., failed to appear to face felony drug charges and a bench warrant was subsequently issued. The warrant was later recalled and Olson was subsequently scheduled for arraignment at 10:45 a.m. on Jan. 8, 2018.

* 34-year-old Samuel J. Yeager pleaded not guilty to multiple charges stemming from an arrest in November. A motions hearing was subsequently scheduled at 1 p.m. on Jan. 8, 2018.

Yeager was also scheduled for a motions hearing at 1 p.m. on Jan. 8, 2018, in a second felony criminal case alleging he violated the sex offender registration act by failing to update his registration info.