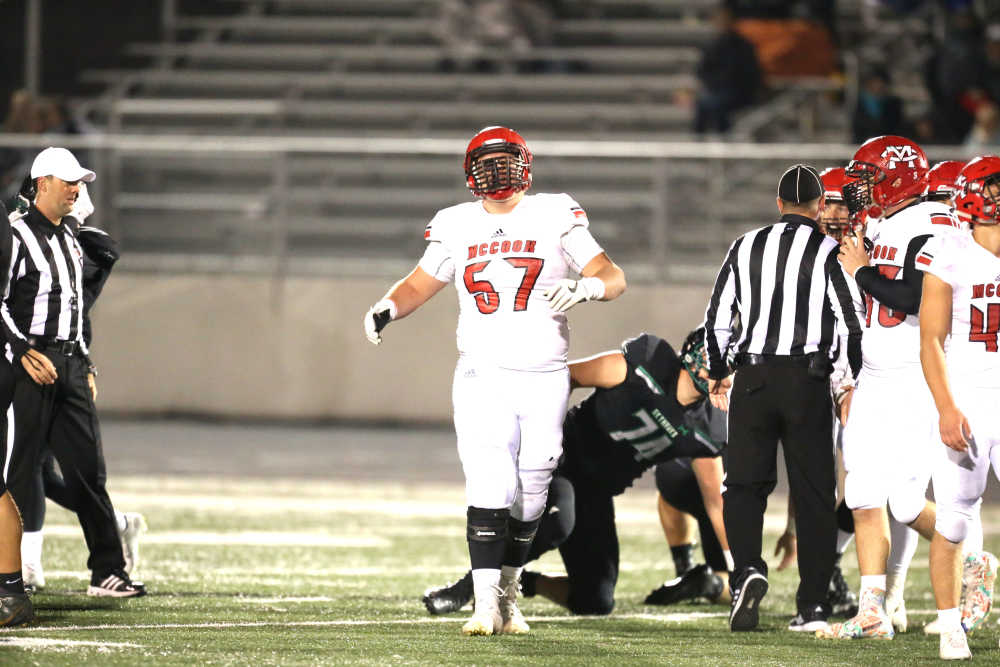 As a self-titled “1,000-yard guy”, Bobby Mills easily surpasses that many miles while blogging about Nebraska high school football throughout the year.

All of Mills’ travels led to one clear decision:

The McCook Bison deserve spots on his Class B All-State team for 2017.

The 6’3”, 285-pound Hays was a driving force along both lines of scrimmage, though his all-state honors are for offense.

Bison defense was justas devastating, allowing only 69.9 rush yards and less than 12 points per game.

Hays played nine games on that strong D-line where he made 31 tackles (16 solos) and two tackles for loss.

His 80 solo tackles nearly doubled the next closes Bison, and 15 tackles for loss topped this stellar defense by eight.

Schlager’s senior season has been well-chronicled. He suffered a hip pointer in the season opener vs. Aurora, broke his pelvic bone vs. York, missed five games but returned to McCook’s playoff win over Waverly.

He rushed for 351 yards and seven touchdowns in less than five games.

Another pair of Gazette-area players also made the 1,000-yard Guy’s All-State teams.

Senior Landon Lenz was simply a 5’7”, 145-pound monster with 1,903 rush yards and 35 touchdowns while the Raiders went to a state semifinal spot.

The 6’5”, 245-pound Houghtelling made a team-high 73 tackles and nine for loss. He caught 27 passes and scored four touchdowns as the Trojans (5-4 record) earned a state playoff spot before losing to Medicine Valley.

Cambridge teammate Taten Benson was mentioned in the same blog this week after rushing for 1,379 yards this season.