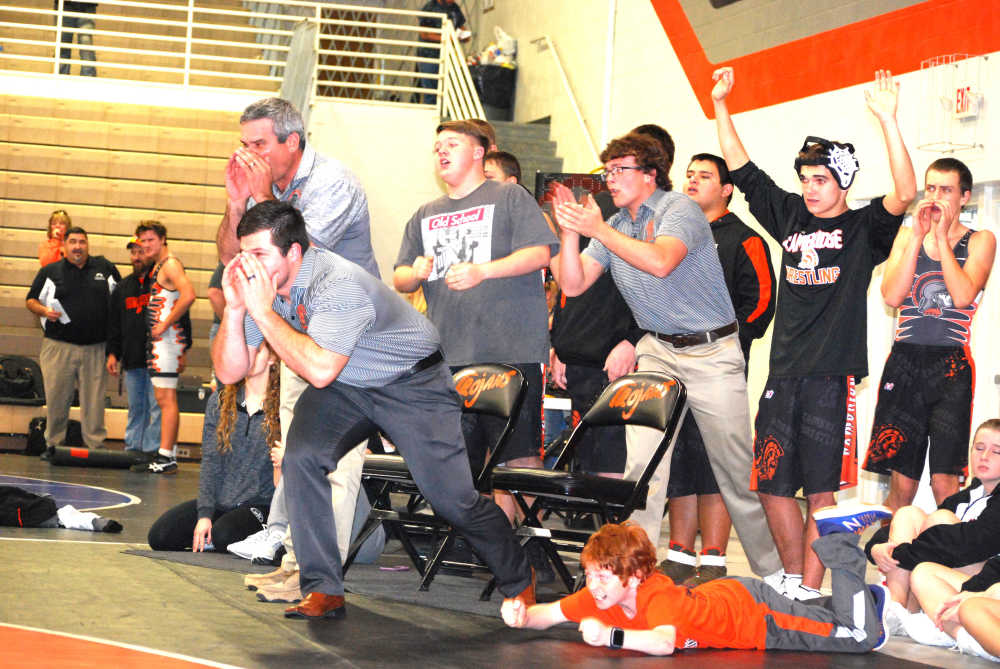 Cambridge High coacheswrestlers, managers and fans all were fired up as the Trojans scored several pins in a 54-30 championship dual win over Maxwell Thursday afternoon.
R.B. Headley/McCook Gazette

The Trojans didn’t just win this season-opening tourney again; they dominated with a 5-0 dual featuring at least 51 team points in every victory.

The Maxwell Wildcats also whipped four other dual foes, but they were really no match against those fired-up Trojans.

Seth Andrews was a 39-second pinner of Matt Walker in their 220-pound conflict.

Shane Horwart showed there are no “lightweights” on this Cambridge roster. The 106-pounder finished William McGehee after just 43 seconds.

“It’s a great way to get the season started,” Rice concluded about what clearly looks like one of the Gazette’s best area wrestling teams.

Most of the other duals featured many forfeits, and Cambridge suffered few actual defeats on the mat.

Andrews and heavyweight Tyler Schultz dominated their matches. They were a combined 6-0 and all six wins were pins.

Sutherland took third among the 10 teams competing thanks to a 54-24 final dual win over Loomis-Bertrand.