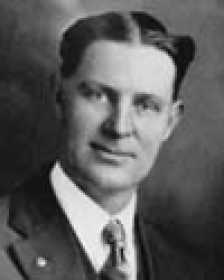 ALBION, Neb. — Today in Albion, the Nebraska Attorney General’s Office announced a resolution to an 80 year-old cold case. The case involves the murders of Boone County Sheriff Lawrence Smoyer and Boone County Constable William Wathen, who were shot on June 17, 1937 in a field northwest of Albion.

Eighty years to the day after Wathen’s death, the identity of the suspects is now officially confirmed.

“Today brings clarity to these deaths and provides justice for these families,” the Attorney General stated. “These men died in the line of duty and we honor the memory of their service.” 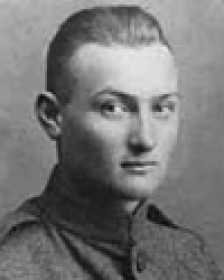 The officers were investigating a suspicious vehicle and trespassing complaint in a cattle pasture reported several days in a row by a local rancher. Both officers were shot by two well-dressed men driving a stolen black 1937 Ford Coupe with Colorado license plates. Sheriff Smoyer died instantly while Constable Wathen survived 108 days before succumbing to his wound on Sunday, October 3, 1937. It was Wathen’s detailed, written account that provided many clues that led to eventually solving the case.

The suspects responsible for the homicides were Charles Orville Doody and Marion Armstrong Cooley, who are tied to the crime scene by numerous articles of evidence.

Both of these men were named in a Colorado arrest warrant for the theft of the vehicle used in the commission of this crime. Additionally, both men were career criminals at the time of the murders, each having served two terms in the Colorado State Penitentiary System for crimes including in armed robbery, auto theft, business burglary, forgery and armed assault on officers, collectively. 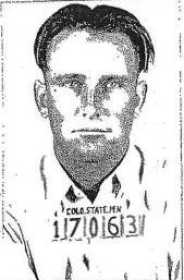 Their identities were discovered by investigators within three days of the crimes but it would take just over a year to collect enough evidence to issue Marion Cooley an arrest warrant for first-degree murder. By this time, Cooley was serving his third term for armed robbery in Colorado and according to the laws at the time, Nebraska had to wait until he was paroled in 1948 before they could take him into custody. A warrant for Doody was not obtained by investigators because his whereabouts were unknown.

The original investigation into these murders would have resulted in the prosecution of these suspects 80 years ago if it were not for numerous circumstances, including the interference of World War II.

When Cooley was paroled in 1948, the original investigators who would have served as witnesses were retired to places unknown, had died or been killed, or were still in the military stationed at unknown posts. 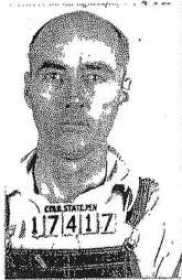 “The original investigation of these crimes was outstanding,” the Attorney General said. “While world events slowed justice from immediately being carried out, today, our office as well as the Boone County and the Seward County Sheriffs' offices are grateful the facts can be revealed.” 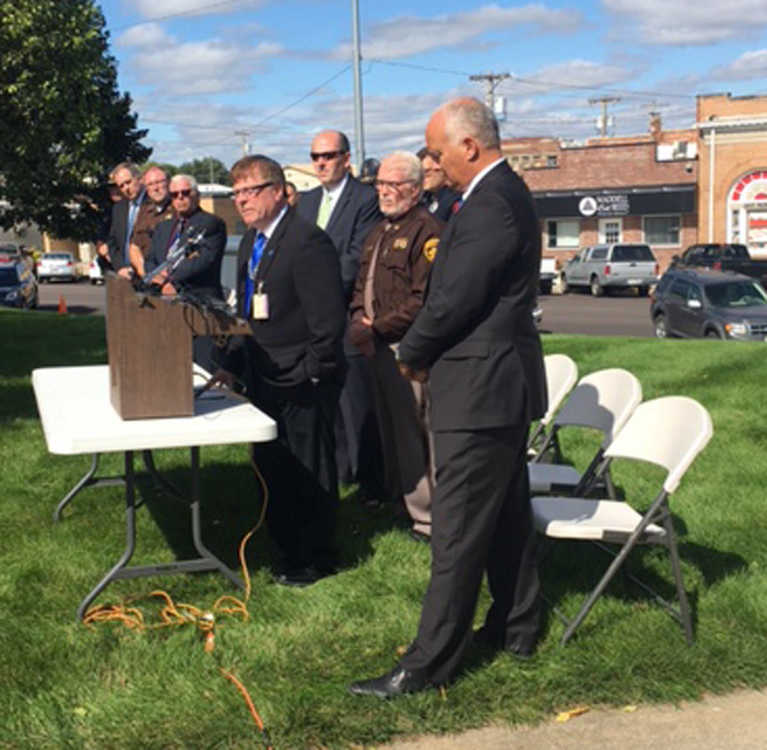 The Albion news conference.
Courtesy photo
Respond to this story