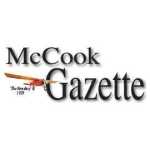 Big Red invades Fright Night Lights this week, causing a number of changes to the prep football schedule. For the Gazette area this means four matinee matches. A complete schedule is listed on the sidebar.

Comments: Cambridge looked like it turned the corner last week by scoring the final 30 points to defeat Bertrand 62-30. Can the Trojans maintain that momentum when Alma comes to town this week?

The Cardinals’ 1-3 record seems appropriate given their schedule, but with four games left Alma will probably need to win at least two to be considered for the playoffs. Alma should be favored in its game against Bertrand, but it will still need a win against either Cambridge, Southwest or Elm Creek.

For Cambridge, a chance to go 3-2, with a winless Amherst still on the schedule, does wonders for postseason chances. Make no mistake, the Cards and Trojans have Friday’s game circled on the calendar.

Comments: The Warriors’ option attack will make the short jaunt to Loomis this week to take on a 2-2 Wolves squad. Last week, Loomis eked out a 24-22 win at Eustis-Farnam.

Arapahoe found a lot of success with Gentry Anderson running the ball. The junior signal-caller had 27 carries for 231 yards and four touchdowns to lead the Warriors past a scrappy Wauneta-Palisade team. The offense has found a rhythm lately, as Arapahoe has scored 62 and 52 points in its last two games.

Drew Lauby has been a dangerman for Loomis, scoring four touchdowns as a receiver and two more as a runner. The junior also averages eight tackles per game.

Beau has picked Loomis in the upset but he may have been influenced by the bottle of milk held to his face when I mentioned the Wolves.

Comments: Chase County played rival Ogallala close last week before missing out on a game-tying score late. Surely the Longhorns will be itching to get back to .500 in Week 6. If they want to do so, however, they’ll need to travel 200 miles north and take down a 4-1 Gordon-Rushville squad.

The Broncos sport a nice 4-1 record, but the schedule has been deceiving. Four of the Broncos’ opponents have been Class C2 opponents. Still, Gordon-Rushville is 1-0 in district play and is looking to stay unbeaten heading into a pivotal match with Chadron in Week 7.

Last year’s low-scoring affair between these two seems like the right call again. Chase County has impressed me, even in their losses, and I like to think the ‘Horns can edged out a close decision in Sheridan County.

Comments: Neither team is what they were a year ago, when Eustis-Farnam ran away with an 80-16 win over Hitchcock County to finish the season 5-3 while the Falcons went winless.

If the Falcons want to win Friday night, a good starting point will be stopping the Eustis-Farnam run game. Through four games, the Knights have averaged 340 yards on the ground. Junior playmaker Christian Timm leads the team with 760 yards and nine touchdowns as a running back and receiver.

These two share one common opponent in Maxwell. The Knights lost to the Wildcats 72-44 while the Falcons lost to the ‘Cats 85-34.

Comments: Maywood-Hayes Center travels to Roseland to take on established six-man power Silver Lake. The Wolves continue to look for the winning formula after losing a runaway to Elwood last week.

Silver Lake will lean on the legs of running back Mark Thurston. Taking out Silver Lake’s forfeit win over McPherson County and its shutout loss to Harvard, Thurston has scored 11 touchdowns in just two games. The Mustangs have won at least seven games in each of its last four seasons of six-man football.

Comments: Southwest returns home after winning what might turn out to be the best game in the Gazette area this season. The Roughriders overcame five different deficits to defeat Dundy County-Stratton 58-50 in double overtime in Benkelman.

Coming to Bartley this week will be an unbeaten Medicine Valley squad that continues to roll through its schedule. Last week, the Raiders scored a 50-14 win at Alma to improve to 5-0.

Southwest head coach Nick Brost said he views Medicine Valley as a similar opponent to DCS. The Raiders have big-play capabilities that the Roughriders must be ready to limit and also feature an aggressive defense that has allowed 11 points per game.

Comments: Let’s face it, losing in double-overtime is brutal. After last week’s 58-50 heartbreaker to Southwest, a team that seemingly made every play it needed to down the stretch to win, Dundy County-Stratton is tasked with trying to beat a proven playoff contender in Perkins County this Friday. Last year, the Plainsmen breezed past DCS in Grant.

Perkins County finds itself in unusual territory, having lost its last two games. The Plainsmen dropped a tight contest to district foe Hemingford last week and suddenly face the possibility of going 0-2 in the D1-10 standings if they don’t show up in Benkelman. Charles Johnson continues to shine in the Perkins County option attack. The junior averages 185 yards per game and has scored 15 touchdowns.

Both teams have struggled to put points on the board this season, as Decatur Community has managed 48 points through its four games and Quinter has scored a grand total of 22. The Red Devils have lost six straight contests dating back to last season, but this looks like as good as any chance for them to break that streak this season.

Comments: This may be a classic showdown between contrasting styles. Wauneta-Palisade loves running power football and has the horses to keep the chains and clock moving while Wallace has found a lot of success lately through the air. Last year, the Broncos ran wild in Wallace en-route to a 47-19 win.

The Bronco defense will be tested by Wallace’s aerial attack led by senior quarterback Jared Sullivan. Sullivan has thrown for at least 219 yards and four touchdowns in each of the last two games for the Wildcats. His favorite target has been Micah Swedeburg, who has accounted for 266 yards and six touchdowns in that same stretch.

Wauneta-Palisade is coming off a three-game stretch that saw the Broncos go up against teams a combined 11-2. Wallace isn’t in the same tier as Arapahoe, Garden County or Mullen and I think the Broncos show that with a win tonight.

Comments: Two football teams with purple for its color, an eagle for its mascot and both in the middle of a rebuild. The resemblance is uncanny.

A young Southern Valley squad continues to gain valuable varsity experience on the gridiron. Last week’s 41-6 loss at Gibbon shows the Eagles have a ways to go before they’re competitive week in and week out, but a win this season would really help catapult the rebuild.

Wood River isn’t far ahead of Southern Valley on its timeline but it already has a win this season. The Eagles beat Fillmore Central 48-20 in Week 3.

Southern Valley’s pass defense will be tested, as Wood River averages 191 yards per game through the air and just 44 on the ground.