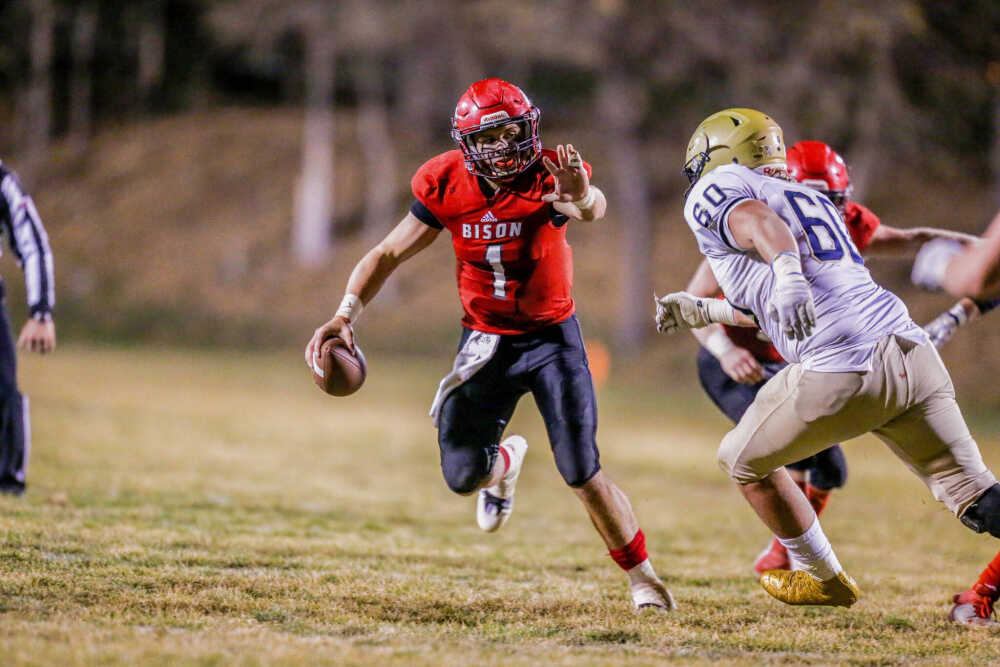 The Class B all-state and Omaha World-Herald super state selection made his announcement through Bison football coach Jeff Gross. Zach will continue a family tradition by following older brother Joe, who was a starting safety and co-captain on Colorado State's bowl-qualifying football team in 2016.

Zach Schlager is busy with Bison track and field this spring. He recently broke the school's 110-meter high hurdles record.

"I'd like to start off by saying thank you to every coach and university who has pursued me throughout my recruiting process. But with watching my brother (Joe) for the last four years, Fort Collins has become a second home to me and my family. After taking some time to think, I've decided the best thing for me is to further my education and play football in Fort Collins for the next four to five years. Therefore, I am committing to Colorado State University! Go Rams!"

Through 10 games last fall according to stats on maxpreps.com, Schlager rushed 95 times for 990 yards and 14 touchdowns as McCook made its fourth consecutive Class B state semifinal appearance. He also recorded a 101.1 quarterback rating while throwing three touchdowns and no interceptions in McCook's 10-2 season.

Defensively, Schlager made a team-high 99 tackles with nine being for losses. His 55 solos and 44 assists were also Bison bests along with two fumble recoveries.

Schlager went on to score five more touchdowns during the 42-41 overtime classic against undefeated and two-time Class B champion Elkhorn South.

Watch for more details in an upcoming Gazette.