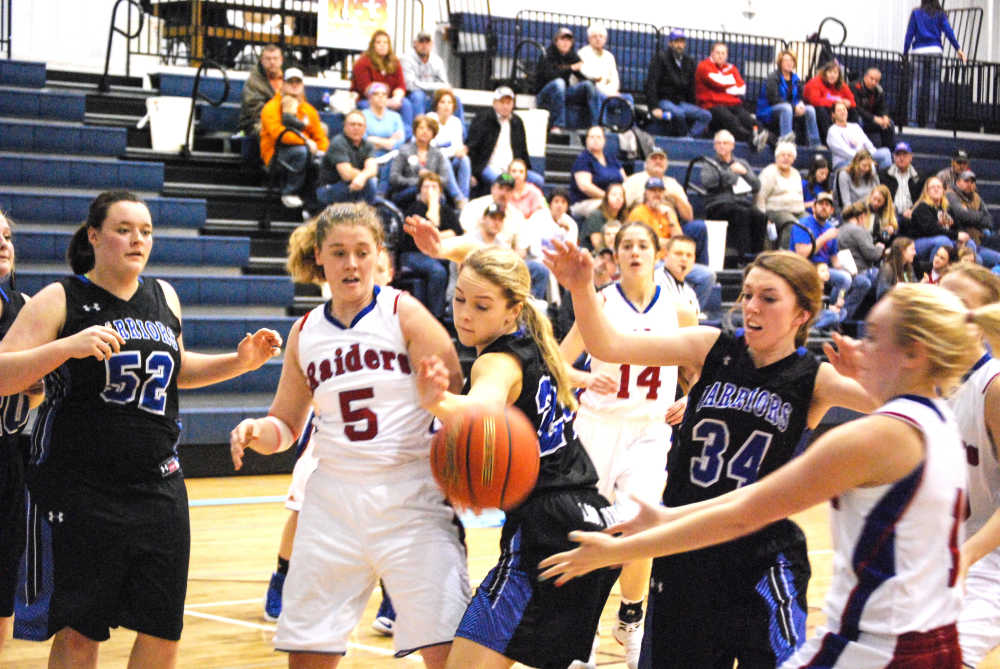 BARTLEY, Neb. -- All teams want at playoff time is a shot, and one buzzer-beating threebanked perfectly through the net for Medicine Valley Monday night.

Momentum carried on through the final quarter of a 40-29 Raider playoff victory over area foe Arapahoe.

Now Med Valley get a shot at what would be one of Nebraska's biggest high school basketball upsets this week.

They will take aim at undefeated Dundy County-Stratton (22-0) in tonight's subdistrict semifinal.

Meanwhile, Arapahoe ends a tough 1-21 season. It's better than two months since that one Warrior win on the same Southwest High School court.

Junior Nevada Gardner and freshman Teri Hilker were the top two scorers Monday night. along with many games throughout the season.