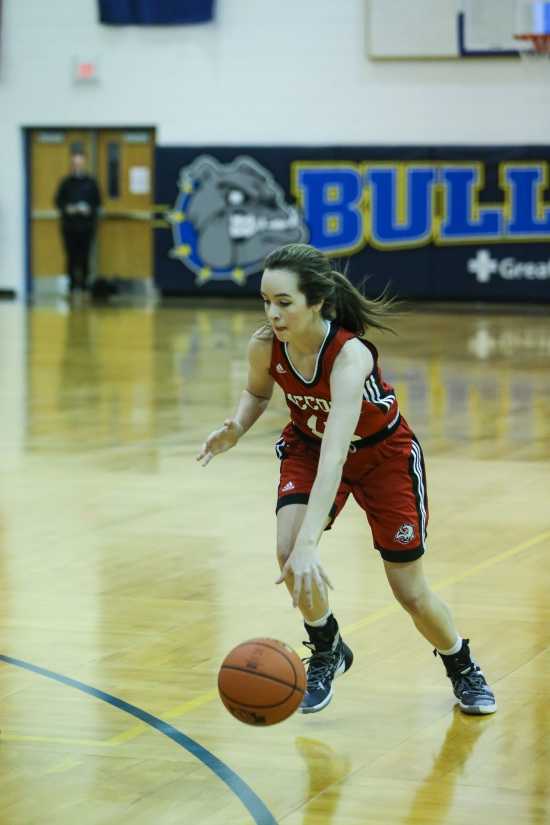 HOLDREGE, Neb. -- A super first half had McCook High's girls focused on one strategy Tuesday night.

"Just keep doing what we were doing," coach Scott Leisy said during his post-game radio interview. "You watched that first half and those were two good teams going at it."

Her early three started a win over Hershey Friday night, and she connected again at Holdrege on Tuesday.

The Bison turned that momentum into a 14-12 lead and although Holdrege took that advantage -- it was still only 24-21 at intermission.

Unfortunately, McCook did everything but follow that halftime advice.

"We look really good at times, but our trouble is staying consistent," he confirmed.

It showed after the break, as McCook fell behind by seven through three quarters and went really cold to start the fourth.

With Dusters like senior Jacee Pfeifer scoring 13 points, Holdrege pulled away for a 52-30 victory.

Senior inside force Karly Hale also returned to help the Dusters claim their seventh win in 10 games this season.

The Bison move on to play at Hastings Friday before hosting Minden in a 4:30 p.m. varsity game on Saturday.