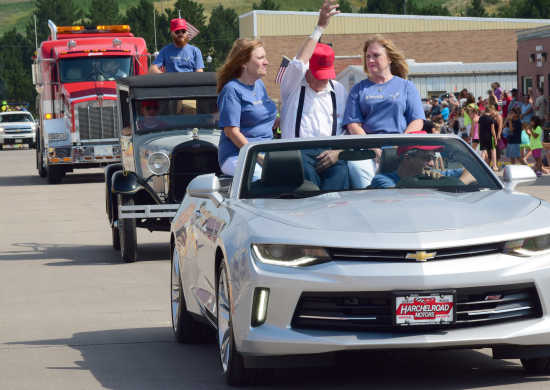 Lloyd Sinner waves to the crowds gathered for the 2016 Wauneta Harvest Fest parade Saturday morning. Lloyd, co-owner of Sinner's Paint and Body Shop with his father since 1953, was the parade grand marshal for the parade, cited for his years of service and dedication to Wauneta. Lloyd has served as mayor or village board chairman and on the utility and park boards and has contributed to the community as a business owner. He and his daughters, Donna Jarvis, left, and Barbara Swaney, were followed in the parade by Sinner's wrecker trucks -- big and little -- from the past and present.