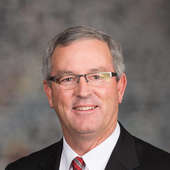 Bill assures workers, taxpayers can continue to do so

One of the most hotly-debated bills of the past week was LB 947. LB 947 would allow those who were brought to this country illegally as children to obtain certifications, and to work to earn money for themselves. Many have framed this bill as "amnesty" or as special treatment for illegal immigrants. This is not the case: with few exceptions, those living in the United States are either paying taxes, or are on taxpayer-funded benefits. This bill is about ensuring that those who are able to work and pay taxes are not barred from doing so and forced to use up tax dollars.

The young people affected by this bill are the same ones who could obtain drivers' licenses in every state but Nebraska until last year. In order to be eligible for this legislation, they must demonstrate that they have a legal presence in the country -- that their presence here is documented by the federal government -- and that they are work-authorized under the federal REAL ID Act. Additionally, they are currently immune from deportation due to the federal Deferred Action for Childhood Arrivals program, or DACA. They will be in Nebraska regardless of what action the state takes.

It can take years and miles of paperwork to obtain U.S. citizenship, and if someone cannot work during that time, they are benefiting from taxpayer dollars while paying none in. When there are people who are in a situation through no fault of their own, they have no means to reasonably rectify their own situation, the federal government has no legal means to remove them, and taxpayer dollars have already been spent educating them -- and would go toward supporting them if they are unable to work; common sense would dictate that these people be allowed to work, to pay their fair share of income taxes, repaying the expenses of Nebraskans who financed their education and other public services.

I understand those who are upset by a bill dealing with illegal immigrants: crimes are crimes for a reason, and illegal immigration is unlawful for a reason, and those who knowingly and willfully break those laws need to face repercussions as a part of living in a civilized society. But the values of our nation and our state are not in keeping with punishing people for the crimes of their parents. Ensuring that everyone is able to work rather than live off of public benefits is responsible to every Nebraska taxpayer.