Springtime in the winter 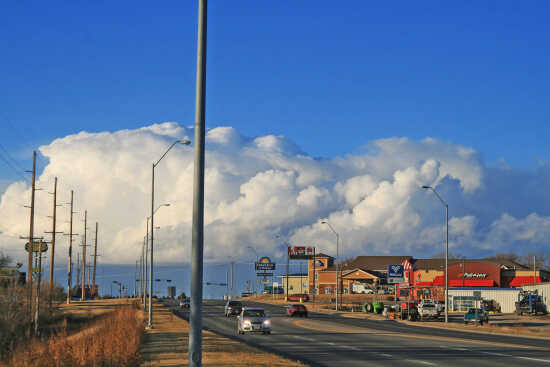 Thunderstorm clouds brush past McCook, Nebraska, from the west to the east late Tuesday afternoon. Jesse Lundquist, a meteorologist with the National Weather Service in Goodland, Kansas, described the cloud formation: "kind of like a thunderstorm, except it's January." He said the storm clouds developed when temperatures up from the surface made the air behave as if it was summertime and form cumulous clouds. No rain fell in McCook. Goodland forecasters call for highs through mid-week next week in the 50s. The 8-14 day forecast, through Feb. 3, predicts above normal temperatures and below normal precipitation.