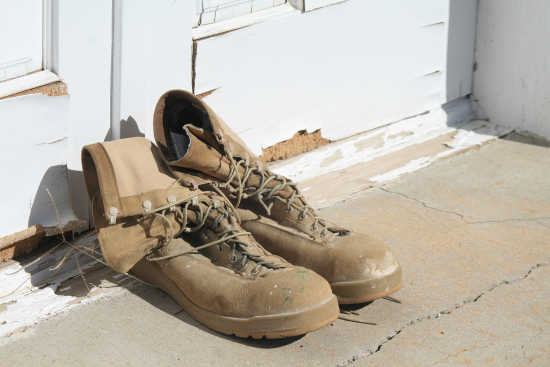 In a private and personal ceremony of closure, a soldier has left his desert-sand combat boots on the steps of the historic Stone Church on Highway 17 south of Culbertson, Nebraska. This is the second pair of boots that the soldier has left on the church steps. A neighbor, who knows the soldier and knows he wishes to remain anonymous, said the first pair of boots appeared after the soldier returned from Iraq; this second pair after his most recent deployment to Afghanistan ended. It's closure for him ... his own thanks giving for safe return from war and for his own peace of mind, the neighbor said.