McCOOK, Nebraska -- McCook Church of Christ's Wayne Vogel was searching for a ministry. He wanted to bring something new and special to the town. Something that would allow him to serve the people and help him continue the work that he had been called to do. The answer came from a friend, albeit one on the other end of the state.

Wayne's friend lives in Omaha. Her husband had succumb to cancer several years ago. The hospital where he had passed away provided a grief counseling program, and she used it for a while, but found that it wasn't very effective for her.

She took it upon herself to find a program that would be a better fit. An internet search turned up GriefShare, a ministry created and developed by the Wake Forest, North Carolina-based Church Initiative. 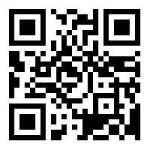 Scan this QR code for GriefShare or visit bit.ly/1eA9EyS

The program obviously had a positive effect on her, because that friend recommended it to the church he attended in Norfolk. In fact, they had started using the program just before he moved to Denver, Colorado, to begin attending preaching school.

Recently, he talked to that friend from Omaha again, and mentioned to her that he was still looking for a ministry that he could bring to McCook. She suggested GriefShare. He remembered it, and knew a little about the program, but admitted he hadn't looked into it too much.

You really need to get into that, she told him. It's a good ministry.

"So I called the preacher in Norfolk," Wayne said, "and he said that of all the ministries he's tried in the 13 years he's been there, it was by far the best, most effective ministry he's had."

The reaction was overwhelmingly positive and he was "highly encouraged" to proceed, he said, because it would allow more people who needed help and support to receive it, particularly those who can't attend the hospital's grief support group meetings, which are often scheduled during afternoon hours.

That was all the minister needed to hear. He took his proposal to "the gentlemen here" at McCook Church of Christ, "and they said, 'Let's do it.'"

The word "counseling" clearly doesn't quite hit Wayne's ears right when you ask him if that's what GriefShare is all about. "I don't want to nit-pick, but it's really not counseling," he said. He thinks that it's more of "a group support thing."

McCook's program offers one meeting a week for 13 weeks at a time, starting Thursday night at 7 p.m. (There will be three such periods throughout 2014, with a few weeks off in between.)

At each of the meetings, there will be a video that everyone will watch. "It has people that have had the loss of a loved one and so they talk about what they've gone through," Wayne said. "It's kind of a recording of the same thing we'll be doing, but they have trained counselors that speak on the various questions and topics that are brought up, so there are some professional counselors that we'll listen to. When the video is over, we'll have a time when we'll do our group support session." Then attendees will take home a workbook and do the section that covers that week's topics, which will allow the attendees to process what they've learned at the meeting.

Each session is self-contained, too, which makes it easier for people who miss the first few weeks or decide to step away for awhile. "They can simply come in during the next rotation," the minister said, which allows them to cover whatever ground they missed. "It's very flexible."

"Another thing I've found," he added, "is that people will go through it two or three times. They'll say things like, 'I know we watched that video, but I didn't remember any of it.' And that was because their grief was so raw at first, that they get a lot out of it the second time that they didn't the first time."

Wayne's intent is to have two leaders at every session, including himself as the primary leader of the group. Having a second person involved in group leadership is important, he said, for those times when a person's emotions over their loss are still raw and difficult to handle. "They may need to step outside, and just walk out and be by themselves, and I don't want them to leave," he said. Wayne aims to have more than a few extra people trained to help, with an eye towards consistency in the scheduling.

Wayne said that this is a non-denominational effort, and open to the entire community. He has been working with his fellow ministers of the Red Willow County Ministerial Association to get the word out to the other churches that this will be available, and to ask them to distribute materials about GriefShare in their church bulletins. He said that the only requirement for attending the meetings is that you've experienced the passing of someone close to you, be they a family member or a dear friend, whether it's been five years or only a week's gone by. "It's not designed for divorce, or someone in the process of divorce, or things like that," he said.

The GriefShare program is also not a money-making venture for anyone involved. However, Wayne is asking attendees, if they are financially able, to make a donation of $15 to cover the price of the 150-plus-page program workbook, which will be used every week. "That's not going to be a mandatory thing," he stressed. "If that's beyond somebody's means, we'll cover it for them. We don't want to put it out of anybody's reach."

"There are thousands of GriefShare support groups meeting weekly throughout the United States and Canada," says the ministry's website (www.griefshare.org). According to the website, you can find meetings in 14 other countries, too -- from Australia to Zimbabwe.

Now, those who are looking for aid and comfort during a time of deep loss and sorrow will be able to find a GriefShare meeting in McCook, Nebraska, too.