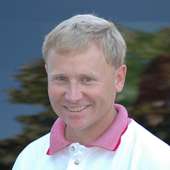 The budget bills were debated in the Legislature this last week, all three bills advancing to Select File (second round of debate). We will continue Select File debate on the budget this week as we address several amendments filed on the bills. I would like to update you on some highlights of the budget and my position on the bills.

LB968, which is part of the Governor's mid-biennial budget recommendations was advanced to Select File after the Legislature adopted the Appropriation Committee's suggested changes with a 41-0 vote; we will continue Select File debate of proposed amendments to this bill this week.

The committee amendment to LB968, which I supported, reduced the available funds above the minimum reserve from $63 million to $17.6 million. The Legislature's changes include: $6.1 million for veterinary diagnostic center at the University; $9.7 million to reinstate 1.5% of previous cuts to Medicaid provider rates for next year; $17 million for short falls stemming from Child Welfare reform and to reduce caseloads; and $4 million for reducing the waiting list for the state's developmental disability.

Currently, an amendment proposed by Speaker Flood would reinstate the Governor's recommendation to reduce the Medicaid appropriations by $5 million each year in the next biennium projecting lower utilization, instead of Appropriation Committee's $3 million. It would also provide for an additional $10 million for K-12 Special Education from the Cash Reserve Fund. I support this amendment.

LB131, which provides for Cash Reserve transfers, has advanced to Select File by a 40-0 after being amended by the committee amendment with a 42-0 vote. It then moved on to Final reading with a voice vote. The Appropriation Committee's amendment, which I support, provided $80 million dollars from the Cash Reserve Fund for one time capitol improvement projects. Projects include: $6.7 million for renovating Armstrong Gymnasium at Chadron State College, $7.5 million for improving the Oak Bowl at Peru State College, $15 million for College of Nursing at UNMC and School of Allied Health Professions at UNK, $50 million the cancer research center at UNMC in Omaha, and $800,000 for renovating Centennial Mall in Lincoln.

Finally, LB969 move to Select file with a 35-2 vote after a committee amendment was adopted, with my support, with a 32-4 vote. Select File debate will continue this week. The amended bill provides for other transfers of funds outside of the Cash Reserve Fund. It would transfer $3.8 million from the General Fund to the Ethanol Production Incentive Cash (EPIC) Fund and $99,600 from the Administrative Services State Insurance Fund to the Roads Operations Cash Fund. In addition, the bill would reduce transfers by $2.9 million each year to the Nebraska Health Care Cash Fund while also transferring from the Civic and Community Financing Fund to the State College Sports Facilities Cash Fund $250,000 each year until 2015 when it would increase to an annual $400,000.

Things may still change this week with several amendments still pending for LB968 and 969.

More from this columnist · State Sen. Mark Christensen
Comments
View 1 comment
Note: The nature of the Internet makes it impractical for our staff to review every comment. Please note that those who post comments on this website may do so using a screen name, which may or may not reflect a website user's actual name. Readers should be careful not to assign comments to real people who may have names similar to screen names. Refrain from obscenity in your comments, and to keep discussions civil, don't say anything in a way your grandmother would be ashamed to read.
Respond to this story