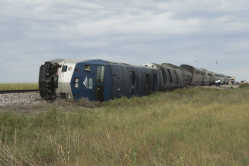 Two engines lie on their sides and several cars are derailed after an eastbound Amtrak train stuck a crane being used to demolish an elevator in the tiny town of Doane, Nebraska, four miles west of Benkelman. Twenty passengers were taken to area hospitals, passengers were loaded on Dundy County High School buses and taken to the gym to await transportation. (Bill Coe/bccasualphotography.com)

BENKELMAN, Nebraska -- An Amtrak crew reportedly saw a construction crane blocking the track, but were unable to avoid a collision that derailed two engines and several cars as well as sending 20 to area hospitals.

The remainder of the 175 passengers and 17 crewmembers were taken by school bus to the Dundy County High School.

Rescue crews transport injured passengers to an ambulance, while uninjured and "walking wounded" passengers wait to board buses to the school. (Bill Coe/bccasualphotography)

An air ambulance was called in to the Dundy County Hospital, but no patients were confirmed to have been flown out.

The crane was being used in the demolition of an elevator in Doane, Nebraska, when it somehow got across the tracks. The crash occurred at 7:51 a.m. MDT.

The train, No. 6, the eastbound California Zephyr, was enroute from Emeryville, California, to Chicago, leaving the San Francisco Bay area on Aug. 24.

The remains of a construction crane show the violence of the impact. (Bill Coe/bccasualphotography.com

"There was a phenomenal response," said Amy Frederick, publisher of the Benkelman Post, who said every area fire department and rescue squad responded to the scene, and members of the community responded to passengers' needs.

Amtrak managers and representatives of BNSF, the track owner, are enroute to the scene, according to a release.

"We are saddened by any injury and appreciate the emergency response by local and state agencies," according to the release. 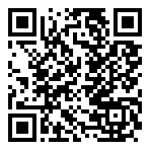 Watch video on your smart phone.

Persons with questions about their friends and family aboard this train have a special number to call for information: (800) 523-9101.

Regional editor Connie Jo Discoe was on the scene at press time, and City Editor Bruce Baker was taking aerial photos and video. Check mccookgazette.com for the latest updates. 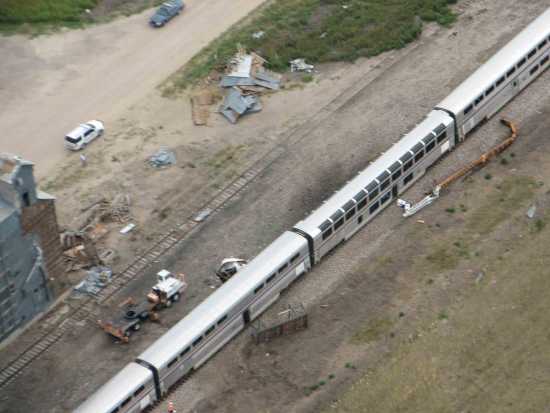 The boom from a construction crane lies on one side of the track, the base on the other after an Amtrak train struck the equipment Friday morning. Twenty people were taken to area hospitals, the rest of the passengers and crew to a local high school before being released. (Bruce Baker/McCook Daily Gazette)
Comments
View 12 comments
Note: The nature of the Internet makes it impractical for our staff to review every comment. Please note that those who post comments on this website may do so using a screen name, which may or may not reflect a website user's actual name. Readers should be careful not to assign comments to real people who may have names similar to screen names. Refrain from obscenity in your comments, and to keep discussions civil, don't say anything in a way your grandmother would be ashamed to read.
Respond to this story