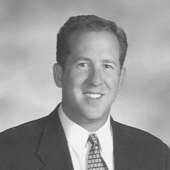 The state of our union

Last week President Barack Obama delivered his State of the Union address to a joint session of Congress. Traditionally this speech has been a chance for the President to outline his agenda for the coming year. Instead, President Obama wasted an opportunity to embrace a new approach for our Nation by defending a legislative agenda much of America has already rejected.

American families and small businesses have been forced to cut back and make tough choices to live within their means. While I welcomed the President's call for a limited spending freeze, I have serious doubts considering his record of fiscal irresponsibility.

Let's not forget this President spearheaded a trillion-dollar "stimulus" bill with debatable impact, a fiscally-irresponsible budget which doubles our debt in five years and triples it in ten, and a costly government takeover of health care -- the future of which is being hashed out behind closed doors and without any input from Republicans.

While talk of a spending freeze and increased budgetary restraint sounds good, Congress and the Administration must do more than invoke rhetoric and rely on budget gimmicks. We should immediately pass strict budget caps limiting federal spending and abandon the current legislative agenda, which is making it harder for middle-class families and small businesses to save, invest, and hire new employees.

Since coming to Congress I have advocated for a forward-looking energy policy which frees our nation from relying on foreign sources of energy, which is why I was pleased the President called for a new generation of safe, clean nuclear power plants as well as opening new offshore areas for oil and gas development. Having toured the Louisiana Gulf Coast and viewed this technology with my own eyes, I can attest to the potential for job creation and economic growth if we are allowed to develop our own domestic energy resources. We need to implement an all-of-the-above energy plan which includes not only nuclear and offshore exploration, but also wind, solar, hydropower, natural gas, and biofuels.

Even though there is no debate exporting more American-made goods and services will create jobs here at home, Congress and President Obama have done little to promote U.S. exports. This inaction has put American companies, farmers, ranchers, and workers at a disadvantage internationally as other countries race ahead to take these markets from us.

This is why I agree with President Obama's statement: "If America sits on the sidelines while other nations sign trade deals, we will lose the chance to create jobs on our shores." I'll be more specific: we must pass stalled trade agreements with Colombia, Panama, and South Korea immediately.

Apart from agriculture, Nebraska's export shipments of merchandise in 2008 totaled $5.4 billion, up 134 percent from $2.3 billion in 2004. This was the sixth-largest percentage increase among the 50 states over the same period.

Since first taking office, President Obama has seen unemployment increase by nearly 50 percent. During this difficult time of double-digit unemployment, families and small businesses are looking for policies which will help create jobs and ensure energy stability. We cannot address runaway federal spending while advancing a multi-trillion dollar government takeover of health care, another multi-billion dollar stimulus plan, and a "cap-and-trade" energy tax.

In the end, Americans are not looking for more speeches. They are looking for real action from Congress and this Administration to control spending, reduce our deficit, improve our economy, and create jobs.