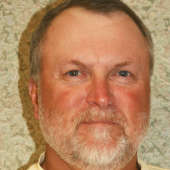 There's been a certain lady that hides in the back room of the Gazette building (she knows who she is) that has been singing Christmas carols for the last few weeks, and I'm sure she has crooned a few bars of "I'm Dreaming of a White Christmas..." So I'm giving her a little bit of credit for the winter weather that has blanketed us this week.

I'm looking forward to my first holiday season in our fair city. I can't wait for tomorrow's festivities with a special invite and a chance to make new friends and solidify the great relationships I have made in my few short months here.

I doubt that Santa will find my house early tomorrow morning -- I don't know just how good I have been this year. But I hope ol' Saint Nick manages to treat all the children, especially the least fortunate, to at least a toy or two, or perhaps some new clothes, etc. I know that in our current troubled times, even Santa may be hard-pressed to pay a visit to everyone.

Perhaps my Christmas gift came early this year, when I received the opportunity to move here. I'm still making some minor adjustments, but pretty much enjoying my experiences here so far (although I don't think I could survive another late-night Cherry Festival).

My simple Christmas wish would be for everyone to get everything they want this holiday season, and there were no pain, sorrow and suffering in the world, but that just simply won't happen. Here's a few special presents that are possible and I hope Santa will deliver this Christmas season...

To Bison boys basketball head coach Tim Garcia and his team -- a victory next Tuesday over North Platte in the Greater Nebraska Athletic Conference Tournament. Garcia's squad dropped a close decision to the Bulldogs last Friday night, and they drew the quick rematch in the opening round of the GNAC tourney, on the same North Platte High School gym floor that the two teams battled upon last week. Another loss to the Class A squad probably won't hurt the Bison much. But a victory would, I think, give Garcia's team a huge boost for the rest of the season, and definitely give the Bison momentum to make a run at a conference tournament title in the GNAC meet that runs through New Year's Eve.

To McCook head girls basketball coach Jeff Ellis -- a bunch of offensive girls showing up for Bison practices and games. The McCook varsity girls have yet to register a victory in eight starts, and two of the biggest problems for the Bison girls have been a lack of scoring and turnovers. Ellis started the season, his first as head of the McCook girls program, with an inexperienced squad. No starters returned from last season, and just a handful of girls had varsity experience. That first victory will come when the team can cut down on miscues and put the ball in the basket with a little more frequency.

To Bison head wrestling coach Nick Umscheid -- about 10 or so clones of senior Nate Morgan. The senior has begun what should be another outstanding season. Morgan is unbeaten so far this year, and he will be a favorite in his weight class at state next February after finishing second at the state meet as a sophomore and third as a junior last year.

To Nebraska head football coach Bo Pelini -- a truckload of offense for the Huskers in the Holiday Bowl next Wednesday night against Arizona, and also in the coming years. Pelini's defense, led by All-Everything lineman Ndamukong Suh, has been solid all season. But the NU offense has been sporadic at best, with some brief glimmers of potential scattered in with some ineffective performances. Arizona's defense is solid, but Nebraska's is better, and the Huskers might need only a touchdown or two to win the Holiday Bowl. But a scoring explosion from Zac Lee, Roy Helu, Niles Paul & Co. (and don't forget the Husker tight ends in the game plan, Coach) would be a welcome and needed edition for Pelini. A Suh clone under the tree would also come in handy, although Coach Bo might have Suh II already in the locker room, in the form of Cozad's Jared Crick.

Santa, if you have any power, how about a break in the weather so anyone who needs to travel to be with their families this Christmas may do so more safely. I would love to try and get back to Schuyler, on the east side of the state, to visit family and old friends over the weekend, but that ain't going to happen unless the weather improves dramatically. In my younger days, I probably would have braved the icy conditions and try to drive home. But now, I don't know whether I've gotten older and wiser, or just chicken...

To TCU and Boise State -- new BCS bowl opponents for each of these standout squads. It's a shame that the two "little guys" in this year's BCS bowl lineup have to face each other in the Fiesta Bowl Jan. 4, and neither of the unbeaten teams will have a chance to prove themselves against any of the BCS big boys.

I still think Texas Christian from the Mountain West Conference is much better than Cincinnati, and I would have loved to see the Horned Frogs go up against Florida in the Sugar Bowl. Even though Boise State plays in the WAC, the Broncs could hang with any of the nation's top teams. Boise State proved that a few years back when they shocked Oklahoma in the Fiesta Bowl.

Maybe the BCS got it right this year with Alabama and Texas playing for the national championship. But Nebraska was just one second away from beating the Longhorns in the Big 12 Championship game, and Bama survived several close scares during the regular season, and a loss would have knocked the Crimson Tide out of the national title game. Who knows how 12-0 Cincinnati, 12-0 Boise State or 13-0 TCU would fare against either Bama or Texas in a one-game series for all the marbles?

Santa, please bring us college football fans a playoff so a true and just national champion can be crowned, as it is in the rest of the NCAA football divisions, and in every other collegiate sport.

To all our soldiers fighting bravely in the Middle East -- defending the rights of every U.S. citizen to live freely without the oppression of dictatorships and despots that many citizens of the world face -- and to all our servicemen and women in harm's way this Christmas, to those U.S. military personnel stationed all over the world and separated from their families this Christmas holiday, I take a moment to say a prayer for all of you. I hope everyone will join me in the sincere hope that all those brave souls can find peace and they all very soon return safely back home to their loved ones.

May each and every one of you out there find peace, love, joy and happiness neatly wrapped under your respective trees Christmas morning. And may all of you enjoy a very joyous Christmas holiday, enjoying time spent with family and friends, and my sincere wishes to sports fans near and far for good luck and a positive turn in your lives in the new year.

More from this columnist · Steve Kodad
Respond to this story