Rated PG-13 for some violence, a scene of sensuality, and brief strong language. Run time of 2 hours 45 minutes. 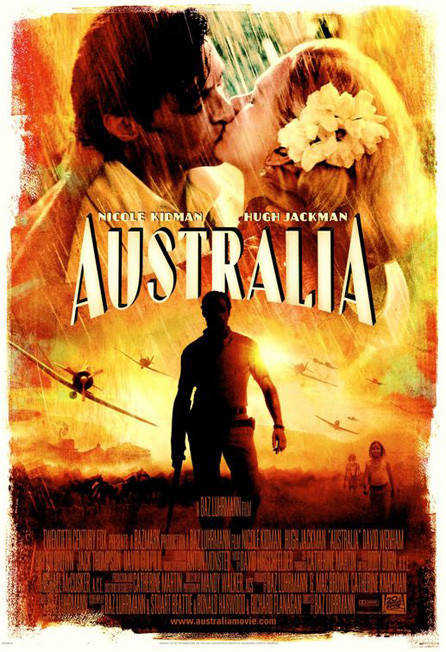 Australia is a huge beast of a flick. This movie was made on an epic scale with grand visions of recreating the grand old days of epic movie making such as 'Gone with the Wind.' Forgive me, as I will probably say epic a lot in this review. 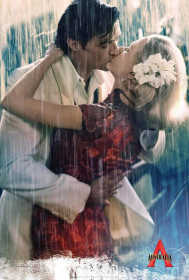 Australia is the story of a woman played by Nicole Kidman who moves from England to Australia to sell a cattle ranch owned be her estranged husband. Upon arrival, she is greeted by her dead husband, and soon uncovers a plot to swindle her cattle business. Calling upon the help of the 'drover' played by Hugh Jackman - the pair set off across Australia to drive the cattle to the shore to sell to the military. The friendships and romances learned on this initial voyage set the tone for the rest of the flick through World War II. At times a western, romance, drama, and comedy - Australia bends the traditional rules of genre by combining many aspects of each to create something new.

The story is intriguing but slow. The characters are well acted and methodical but there is too much talk and explanation for things the audience doesn't much care for. People die and things change before the audience ever gets a chance to get attached to them emotionally. It's a huge payoff for those who do get attached though, as this film pulls at the heart throughout with its many elaborate setbacks to our main characters. I wasn't able to get properly attached although I did start to feel for the young boy Nullah who acts as the narrator throughout the movie. He is a very talented young man and does an excellent job acting in this film. Years seem to pass in the story and he never grows older - It seems a bit odd but then it never really says that years pass - it only appears as though, so I may be mistaken. Just maybe.

Australia has amazing set production and visuals throughout. The movie is beautiful to look at and inspires you to make a trip to Australia. Maybe the Government of Australia should make it their official tourist attraction film. I was very intrigued with the way director Baz Luhrmann continued to use extreme visuals in a movie that doesn't have the huge amount of fantasy value as his last couple movies, namely Moulin Rouge. I was impressed with the directing and cinematography very much as well as all the stunning sets.

I was not impressed over all. The film had a very good chance of being an extremely good flick. However, the best elements are strung throughout with many boring parts in between. The boring pieces don't kill the movie, but they do a good job of distracting the audience from attaching emotionally to the characters and thereby ruining the huge payoffs in the end. This is a well made movie that resembles classic Hollywood and does a great job of it, but in a world that has moved past the slow moving films of old, its rarely excusable for a new film to be so plodding that it ruins the flick. However - I must excuse Australia as it was an epic ride and I am glad I watched it. Although not a glowing review of it - I will recommend it to anyone that is a fan of classic Hollywood flicks like 'Gone with the Wind' as Australia aspires to be talked about in the same sentence.

Australia is playing at Cinema 3 NOW! Check out showtimes at www.fridleytheatres.com.