This is a new way of bringing the latest movies to you. I have searched the internet for information and reviews from critics who have already seen the new Chronicles of Narnia flick, Prince Caspian. With these in mind, I intend to form an opinion going into the movie. 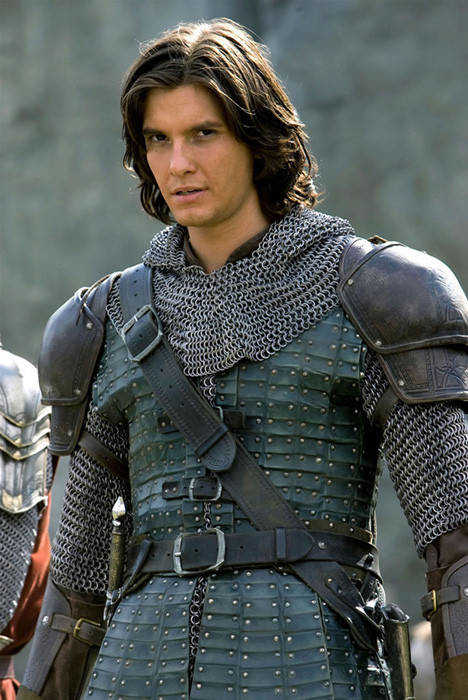 The four Pevensie children return to Narnia, only to discover that hundreds of years have passed since they ruled there, and the evil King Miraz has taken charge. With the help of a heroic mouse called Reepicheep, and the exiled heir to the throne, Prince Caspian, they set out to overthrow the King, once again with Aslan's help.

First off, Prince Caspian is the sequel to The Lion, The Witch, and the Wardrobe. Originally, the Chronicles of Narnia was a book series and The Lion, The Witch, and the Wardrobe was the second book in the series with Prince Caspian ranking in at number 4. So why make Prince Caspian the next movie in the Chronicles of Narnia series? First of all, the author C.S. Lewis actually wrote Prince Caspian directly after writing The Lion, the Witch, and the Wardrobe and the story deals directly with the Pevensie children which starred in the first flick. Thus, the movie versions of these books are taking a direct path in showing the Pevensie characters first and then it's been rumored to go back and film the other books. It's not a bad idea as you can read the books out of order and still get the same experience. However, some would argue that the best way to read them is in a row, especially with the last one remaining last. I do agree that the last book should be the last film, however the Chronicles of Narnia series may run out of steam by the time they get to that final book.

Regardless, I did not enjoy the first film. It felt forced and the four main actors/actresses were terrible in my eyes. Many people loved the flick, but I remember the books so vividly that it's hard for me to watch the movie tramp around on my perceived memories of how Narnia and the characters looked and acted. I actually loved the BBC mini-series that made 3 films based on the Chronicles of Narnia. Watching those flicks today is no longer the experience it was when I would 'rent' those flicks on VHS from the Library. But then again, they were the closest thing to big screen fantasy that I had to watch back then, where as today, I have amazing flicks like the Lord of the Rings trilogy and Harry Potter to indulge in. 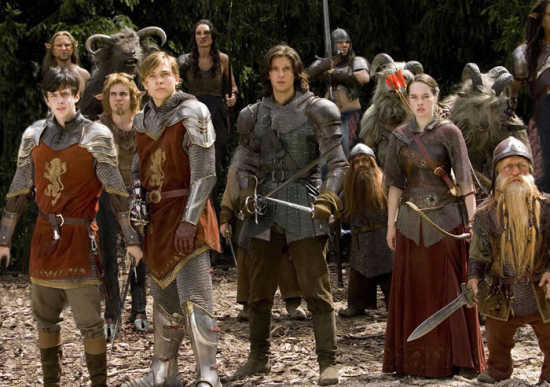 I feel like Prince Caspian has to be an improvement over the Lion, the Witch and the Wardrobe, however I have my doubts. As I said before, the first flick did extremely well and won over many fans. It managed to end up with a 75% fresh rating on rottentomatoes.com, which is a website that collects reviews from around the US and tallies them to see what the general consensus is on a rating for the movies. Prince Caspian is rated at 86% at this moment, but that can change dramatically as the movie actually opens and everybody chimes in about the flick. The good thing about it, is that it is rating higher than the first flick with critics and that usually means a superior second film. So I am getting a bit excited. I am not excited for the return of the four main child actors/actresses that anchor the story. In my opinion, they were the worst part of the first flick and hopefully have learned to act a bit better since then.

Overall, the flick looks to be on par or better with the first flick which is great news for everyone. For people who liked the original film, this should be a no-brainer to go check out, however if you were disappointed with the first film, you might want to give this one a try since it's getting better reviews. Either way, this one will open big in its first weekend. I estimate that it will open with 75 Million on the opening weekend frame, which is a tad more than the 65.6 Million opening weekend that the first flick enjoyed.

So what do you think? Are you going to be watching Prince Caspian this weekend or are you skipping it? What do you think the domestic box office gross for the weekend will be? Post it in the comments and we'll see who gets closest on Monday.