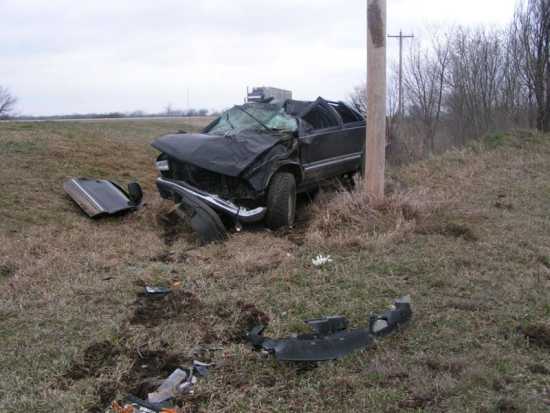 A Bartley woman was injured in a single car accident Wednesday on U.S. Highway 6 and 34 east of Indianola. According to a representative of the Nebraska State Patrol, the 2000 Chevy Blazer, driven by Julie Ellis, 27, left the roadway, hit a culvert and became airborne. According to witnesses the truck reached the utility lines and fell to the ground when it struck a utility pole. Tire marks are present on the pole about 12 feet above the ground. The woman was transferred to Tri-Valley Hospital of Cambridge