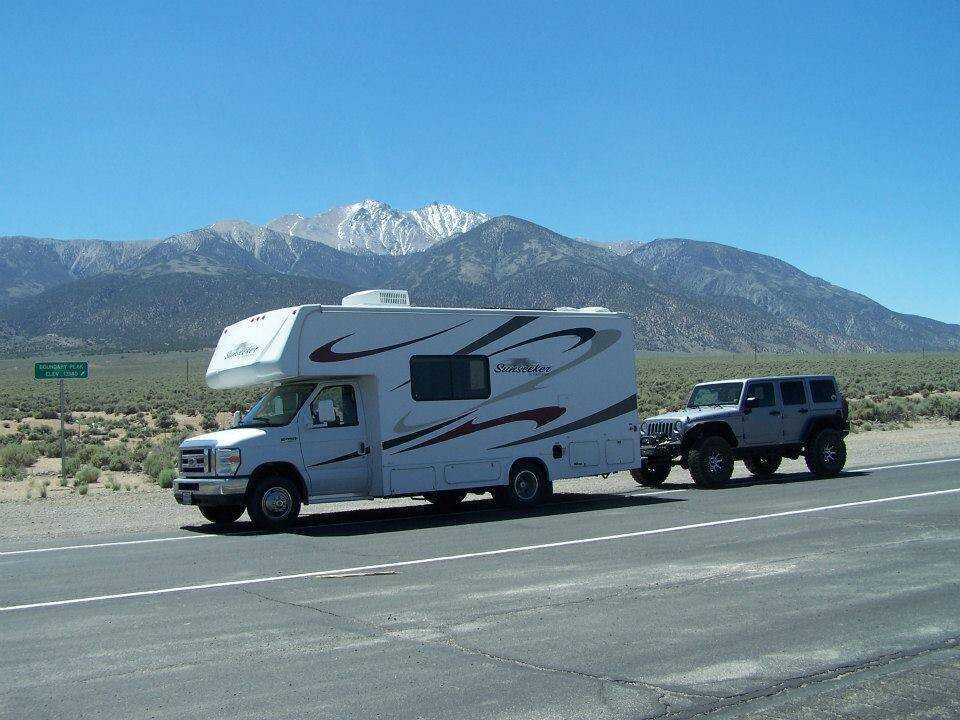 When we were Nebraska residents, we watched the weather pretty closely. I suppose since we lived in farm country, we paid closer attention to the weather and its implications because since we moved to Nevada, I barely look at the weather anymore.

Take yesterday for example. I happened to be watching the evening news/weather and the reported dew point was -1 degree Fahrenheit. Now it really caught my eye, because I don't think I've ever seen a negative dew point number. I went to my trusty computer and looked at the dew point for McCook... 56 degrees Fahrenheit. You get the idea that it's pretty dry here.

Since we moved to the Silver State a couple months ago, we've gotten 1/10 of an inch of rain, and I've not seen any dew. Our typical summer forecast so far is highs in the low 100s, lows at night around 70 with humidity always less than 10%. It might be breezy, or not, but it never effects me anymore as the wind just makes things more comfortable.

I can't believe how quickly 100 degrees sounds about right for a high. We've had 112 this summer once, and it is hot, but as is famously stated... It's a dry heat. If you want to do something outside, it's always nice early in the morning.

Our weather warnings have amounted to high heat warnings since we had a hot spell earlier in the year than expected. Later in the summer temps to 115 are normal and won't trigger a heat warning, but they say it takes a while to get used to the extreme heat so that's why the warning.

We used to think we had a lot of wildlife around Nebraska, but we have our share of it here in Nevada too. We've got bunnies, a wide variety of birds including quail and turkey vultures, mountain sheep, deer, some elk, and of course interesting reptiles. Our cats seem to have a knack for finding lizards and the like and love the occasional snack it seems. We've seen no rattlesnakes since we moved.

We've gotten out camping just once since moving, but we'll be getting out more as the months go by. Our first effort at finding a great camping location turned out pretty nice...

The view from under the RVs canopy...