I imagine most of you know there is a top ten list of just about everything imaginable available on the internet. There are top ten lists of foods, travel destinations, old cars, new cars, trucks, SUVs, ATVs, dogs, cats, boats, and I bet even a top ten of antique tractors.

So it should come as no surprise then that there is a list of the top ten comic book superheros. Heading up the top ten is Batman, followed by Superman, Spider-Man, Wolverine, The Hulk, Iron Man, Wonder Woman, Jean Grey, Cat Woman, and Goku. (I don't have a clue who #8 and #10 are). Don't blame me for the ranking as I didn't make up the list, I'm just the messenger.

"The Blaze" is one name that as near as I can tell has never been associated with superheros. Not that it matters, but it just seems to me that "The Blaze" might have some super powers of his own. For example, he might be the hero waiting in the wings ready to jump from the frying pan into the fire so to speak to save the day. He could be the nicest of guys, then magically transform into somthing almost completely unrecognizable and wild. He could have a passion for chewing that none of us could ever understand... WHAT???? CHEWING???

May I introduce our new family member..."The Blaze". 8 weeks and all puppy. No doubt you will hear some of his antics in the coming years of course elevating him to superhero status. 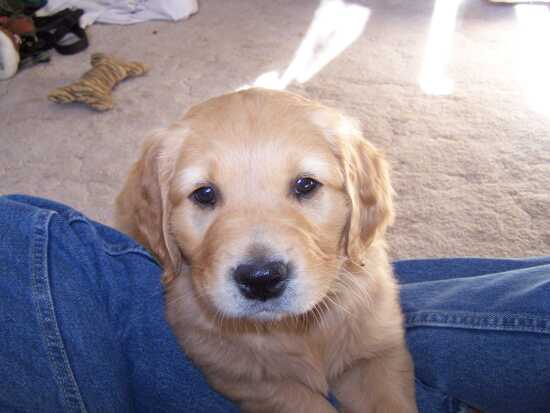