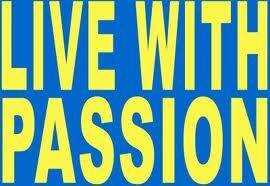 Pro football fans get pretty wound up about their teams. In Denver, the Broncos have made a change that fans and many sports pundits have been calling for since the season started. It's Tim Tebow time!

If you have your head buried in the sand, Tim Tebow was Denvers #1 NFL draft pick last year. The kid came out of the University of Florida where he won a Heisman Trophy and quarterbacked his Gators to two national collegiate football championships.

After watching the kid on the sideline and his play in last weeks Denver loss to San Diego, I saw something I'd seen from Tebow's college day football highlights... a real passion for the game.

I watched Tebow seemingly get a team down and out fired up, a stadium come alive, and what became one of the most exciting losses the Broncos have suffered in I can't recall how long. It's about to be a very different season watching Denver Broncos football.

Closer to home, most Nebraskans have that type passion for their Cornhuskers. We can see the passion on the field, and we feel it jump out of the TV or radio if we're not at the game.

If you think about it long, just about every successful endeavor is backed by passion. Lewis & Clark wanted to explore the wilderness with a passion, most businessmen will likely say passion is behind their success. Political bloggers are passionate about getting their message across... there are passionate fishermen, lumberjacks, pilots, hunters, painters, golfers, race car drivers, ham radio operators, farmers, collectors, ranchers, and the list goes on and on.

What is your passion? What do you want to be successful at?

Here is something I hope you'll consider. Most of you reading this would say that you believe in God and along with that belief is the promise of eternal life.

It's our job as Christians to "walk the talk". Do you? We claim we want eternal life and we also claim we know how to get there. Lets share that with others more. What are you afraid of? You're the one with the answers right? If Tim Tebow can fire up a city about something so trivial as football in the importance of life, think what we should be able to do with God behind us when it comes to His Kindom. Let's get much more passionate about God, Jesus, and The Holy Spirit.

A follower of Christ... Found on the Internet

1. A follower of Christ looks for complete satisfaction in heaven. The comfort or peace we have in this life comes from our hope of reward in the next. So if we mourn in this life, if we hunger and thirst, if we are lowly, if we are merciful, if we do not fight, if we endure persecution-in other words, if we do not find complete satisfaction in this life-we have hope for resolution in the hereafter. That's why faith is an essential part of being a Christian; you are hoping in something that has not yet come. (Matthew 5:1-11)

2. A follower of Christ influences the world around them. Specifically, Jesus said that we are to be salt (a preservative) and light (guidance). Those that expect Christians to bury their heads in the sand or hide their beliefs beneath the floorboards have a fundamental misunderstanding of our calling. (Matthew 5:17-20)

3. A follower of Christ doesn't indulge in anger, lust, divorce, lying or retaliation. In fact, Jesus specifically says that we are to love those that do wrong to us. He even goes so far as to say that if someone tries to misuse us, we are to offer them more. Remember, Jesus himself was falsely accused and put to death for doing nothing wrong. (Matthew 5:21-48)

4. A follower of Christ is not a hypocrite. We are to give to those in need and pray often, but we should do so without calling attention to ourselves. Anyone giving, praying or fasting in such a way that draws attention to themselves would be like a Pharisee, the group of people that Jesus spoke out against most harshly. (Matthew 6:1-18)

5. A follower of Christ does not serve money. This goes back to the idea that our hope is not found in this life. Whatever holds value for us holds our heart. If that value is in our bank account, our hope is placed in the fragile hands of a bank or an earthly institution. Anyone who values money more than people is not following Christ in that regard. (Matthew 6:19-24)

6. A follower of Christ is not consumed by worry. This is overlooked by many who claim to follow Christ. Jesus rebuked his disciples for being afraid in a boat on the stormy seas. If our hope is found in something beyond this life, we should not be shaken no matter the circumstances. This is referred to in other parts of scripture as peace that passes all understanding. (Matthew 6:25-34)

7. A follower of Christ deals with problems in his own life before trying to deal with other people's problems. Far too many people try to pass judgement on someone else while being blind to their own sins. Deal with your own demons before trying to cast them out of someone else. (Matthew 7:1-6)

8. A follower of Christ trusts in and depends on him. The theme of future hope resurfaces near the end of the sermon. The promise of good to come helps us endure what may be a not-so-good present. (Matthew 7:7-11)

9. A follower of Christ treats people the way he would want to be treated. Some have called this the Golden Rule. It could best be summarized as the climax of the sermon; in fact, Jesus himself says that this simple rule encapsulates all of the Law and the Prophets. Interestingly enough, he follows up the Golden Rule by reminding us that it is a path that few take; but it does lead to life. (Matthew 7:12-13)

10. A follower of Christ is genuine and discerning. Jesus warned about people who would claim to represent him but didn't actually live as a follower of Christ; he called them ravenous wolves in sheep's clothing. He makes the chilling statement than not all who wear the Christian name tag are actually on the guest list. Further evidence that one of the things Jesus hated most was hypocrisy. (Matthew 7:15-27)