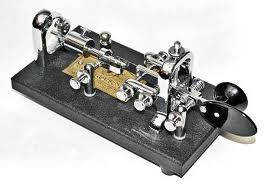 Ah technology. All the bells and whistles on all the devices we use are really something. As for me, I like old stuff. I don't have to figure out which menu item to go to on my smart phone ever, 'cause I don't own a smart phone and hope I never do.

I do recognize however that some folks, my daughter included, seem to think that they must have a high tech communications device glued to their ear or hand ready to communicate the often most trivial of information at a moments notice.

What brings the above to mind is a Facebook note my Daughter made about Verizon starting to change their unlimited data service plan. She is not happy since I guess those "important" communications she has are going to start costing her more money.

Now about those bugs... I'm not talking about the creepy, crawly, or flying type you were probably thinking of. Nor is it about software issues often called bugs, information gathering devices called bugs, or likely any "bug" you have heard of before.

Nope, today I'm gonna go back in time a ways to the early days of communication technology. Telegraph operators spent a lot of time perfecting their craft, and the really old timers among us are very aware of the services Western Union used to provide thanks to the telegraph.

Yeah, so what does that have to do with this "bug" you want to talk about? Well before all the fancy electronic gadgets we currently have were invented, telegraph keys were pretty basic. "Brass Pounders" as telegraph operators were often called were limited in the speed they could transmit Morse code, and as we all know, time is money, so somebody decided to invent a new telegraph key that would allow significantly higher sending speeds.

The inventors came up with some pretty good ideas. One of the original designed mechanical keys I use myself is called a bug. Mine is manufactured by the Vibroplex Corporation, a USA company, and this style of telegraph key has been made over 100 years. If there is an original working Ipad in 10 years I'll be surprised.

In the early days, brass pounders had to supply their own telegraph key, and these high speed devices were not cheap. An early bug could cost a telegrapher two weeks salary. Not only did these mechanical "bugs" speed up telegraphic communications, but they helped alleviate probably the first known cases of Carpal Tunnel Syndrome. New technology, new headaches (or, arm aches)... Pounding thousands of words a day in Morse code took its toll on telegraph operators.

Morse code isn't dead, but it isn't exactly the most popular alphabet on the block. It might be noted by some that the world was saved in the movie "Independence Day" by Morse code that signaled when and how to attack the alien invaders. Morse code is used by radio amateurs around the world still, and Morse code used in radio applications has some distinct advantages over voice modes, especially when radio wave conditions are at their worst.

Now-a-days, computer programs are available to send and read Morse code, and electronic devices called keyers are available that can take Morse code to the 80+ word per minute range. Some people can actually understand Morse code at that speed... I can't, but a computer can... if radio band conditions are good that is. In the old days, Morse code was a requirement to becoming an amateur radio (ham) operator... not so anymore.

So as my daughter and millions of high speed data smart phone users complain about rising costs for less bandwidth, I'll be content to pound out my messages via amateur radio and my 100 year old bug technology. At the whopping speed of 20+ words per minute, I won't set any speed records, but I won't be worried about running over my allotted minutes either.