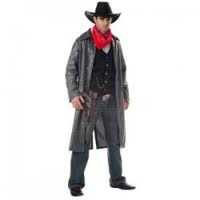 I've mentioned before I think fellow blogger Arley Steinhour has a real gift for poetry. Not so for me. His poems are so inspired... the closest I can come to being poetic is "I'm not a poet, and I know it", but I did receive the following cowboy poetry email and thought you might enjoy it...

Jake, the Texas rancher, went one day
To fix a distant fence.
The wind was cold and gusty
And the clouds rolled gray and dense.

As he pounded the last staples in
And gathered tools to go,
The temperature had fallen,
The wind and snow began to blow.

When he finally reached his pickup,
He felt a heavy heart.
From the sound of that ignition
He knew it wouldn't start.

So Jake did what most of us
Would do if we had been there.
He humbly bowed his balding head
And sent aloft a prayer.

As he turned the key for the last time,
He softly cursed his luck
They found him three days later,
Frozen stiff in that old truck.

Now Jake had been around in life
And done his share of roaming.
But when he saw Heaven, he was shocked
For it looked just like Wyoming!

Of all the saints in Heaven,
his favorite was St. Peter.
So they sat and talked a minute or two,
Or maybe it was three.
Nobody was keeping' score --
In Heaven, time is free.

"I've always heard," Jake said to Pete,
"that God will answer prayer,
But one time I asked for help,
Well, he just plain wasn't there."

"Does God answer prayers of some,
And ignore the prayers of others?
That don't seem exactly square --
I know all men are brothers."

"Or does he randomly reply,
Without good rhyme or reason?
Maybe, it's the time of day,
The weather or the season."

"Now I ain't trying to act smart,
It's just the way I feel.
And I was wondering', could you tell me --
What the heck's the deal?!"

Peter listened very patiently
And when Jake was done,
There were smiles of recognition,
And he said, "So, you're the one!"

"That day your truck, it wouldn't start,
And you sent your prayer a flying,
You gave us all a real bad time,
With hundreds of us trying."

"A thousand angels rushed,
To check the status of your file,
But you know, Jake, we hadn't heard
From you in quite a long while."

"And though all prayers are answered,
And God ain't got no quota,
He didn't recognize your voice,
And started a truck in Minnesota."