The Price Of Convenience 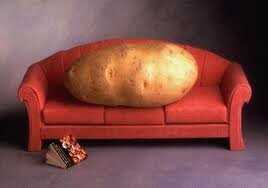 We humans seem addicted to convenience. Yep, we're too lazy to get up off the couch to change the TV, so we've developed a remote control to take care of the getting up and sitting back down part of channel changing. We're so lazy that we now we have drive up windows at the bank, fast food joints, pharmacies, and even liquor stores. In most cities and towns, there is a drive up mailbox so you don't have to exit your car to drop off your outgoing mail, and even TV comic Jay Leno often asks "how lazy are we in America?" followed with pertinent examples. OK, some folks have mobility issues and these conveniences are closer to necessities, but I'm talking about the rest of us.

So what does convenience really cost us? Well the documented lack of exercise and the statistics of overweight Americans seem to go hand in hand. Usually while you are in the drive up window line, your cars engine is running so there is (with electric vehicle exceptions)some air pollution being generated and fuel being used. There is a loudspeaker and menu board outside that were purchased, installed, and must be maintained, all adding to the everyday cost of the items we buy. Add it all up for the country and it's easy to see we pay a pretty hefty price for convenience.

What brings the above to mind is our trip to the Cambridge Supermarket this morning. First off, our town market has a much wider variety than most folks realize. Though the quantities are not big, the variety really is exceptional in my opinion. OK, so I'm not a shopper anymore, but I was single once, lived by myself, and actually knew how to cook and shop (just don't tell Margie). My cooking and shopping skills slipped away, and I've not found them again, but I digress...

What I noticed at the market today were the bags of gardening supplies neatly stacked outside the front doors. Potting soil, mulch wood chips, and another item... manure.

I know manure is good for gardens, I've even bought it in bulk when we lived in the city, but selling crap by the bag here in Cambridge? I could hardly believe it. Heck, when we lived in the city we could get as much crap for free as we wanted. Now we live in the country, and I know for a fact that there is little shortage of manure in these parts. I'd be willing to bet that if I took my pickup, a shovel, and some rubber boots to any of the farmers in my neck of the woods and asked for some crap, I'd get pointed in the direction for a free truck load of the stuff.

OK, so maybe the stuff is special in the bag for sale at the store. I still think I could find as much free special stuff as I could haul around here so it made me think about why people would pay for crap by the bag.

I suppose the price of a conveniently packaged bag of the stuff outweighs getting it for free for most gardeners. The obvious benefit of purchasing it by the bag is that I don't have to get my boots covered in it, my truck full of it, and have the honor of shoveling it in and out. Just open the bag, spread it where I want it, and pitch the empty bag in the trash. Not only that, but it provides jobs for somebody in the collection and bagging department. I admit I didn't look to see if it was made in USA, but I hope we're only selling the stuff made here.

Yep, convenience can leave us additional time for other more pressing endeavours. Like changing the channel.