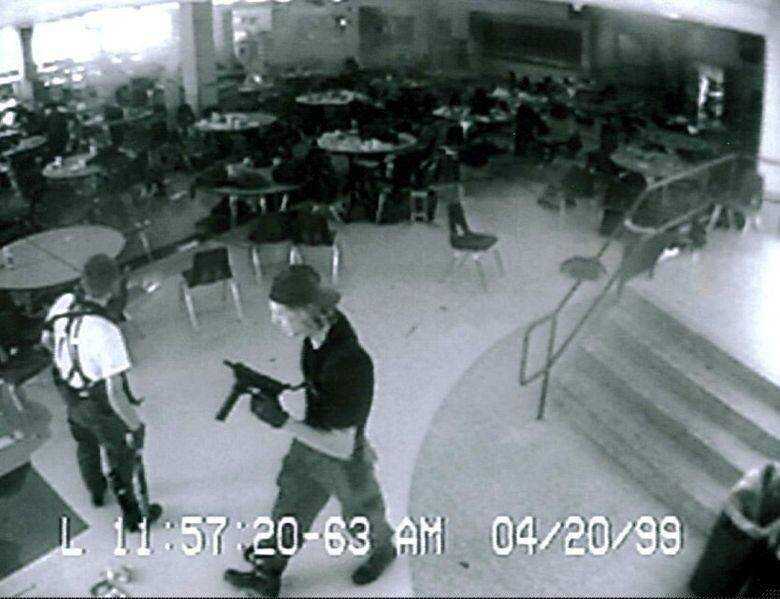 We all have traditions that we follow pretty closely. We seem to always remember important birthdays and anniversaries, and today is no exception.

On this date in 1889, Austrian born Adolf Hitler entered the world. If by some amazing quirk of fate you don't know about the Adolf Hitler of Germany and WWII, WAKE UP! So much has been written about the atrocities of Hitler and the Nazi's during WWII, it makes me sick to think about it.

Oh sure, there are those that would have us believe that these things never occurred, but most of us would agree Hitler was a real piece of work that slaughtered millions of people in the name of ethnic cleansing. Adios Adolf!

This blog has nothing to do with Adolf Hitler other than the fact he was born on this date in history. I wouldn't know that Hitler was born on April 20, 1889 other than the fact that another horrible anniversary is remembered today that I will never forget. Today is the anniversary of the Columbine High School massacre in Littleton, Colorado - 1999.

Margie and I lived about 3 miles from Columbine, and it was the closest high school to where we lived. Spring had hit the Mile-High City, it was a beautiful day, and we had the windows open enjoying the fresh air. My high school age daughter was at school that day, but fortunately she attended Chatfield. Funny how school districts are drawn up in the city. I worked from home at the time, and listening to the radio the reports of gunfire at Columbine started coming in about lunch time.

We started to hear sirens, helicopters moved into the area, and it was pretty clear something very bad was happening. Turning on the TV, the news videos showed kids streaming out the back doors and jumping from windows of the school, cops surrounding the building, and then the tragic body count started and following investigation.

The full blow by blow of the rampage that took 15 lives is available on Wikipedia for those of you wanting to know what went on in the school. It is a horror story with a single bright spot. http://en.wikipedia.org/wiki/Columbine_High_School_massacre#Shooting_begins

That bright spot (if you can call bright) is the story of a girl named Rachael Scott. According to Wikipedia...

"... one of the gunmen, after having first shot Rachel in her leg, picked her up by her hair and asked the wounded girl if she still believed in God, and that she had simply answered "You know I do". Her response provoked a second, fatal shot to her head at point-blank range."

The FBI says untrue, but ya gotta wonder... The report came out in the Denver news the evening of the shooting and I wonder who would make something like that up?

As I think back on that tragic day now with tears in my eyes, the haunting visions of the accounts of that day are burned into my memory... I pray it won't happen again, but know it will. What a sad day with so many young lives senselessly ripped away. Survivors memories will forever be tainted by a scene none of us hope to ever experience, and the only explanation I heard that makes any sense of it... "We can never make sense of an irrational act".

Birthdays and anniversaries are important to remember. This date has some extreme unpleasantness attached to for me and for much of the world in reality. As for Columbine, it seems obvious that the killers parents really didn't know their kids very well. How well do you know your kids?