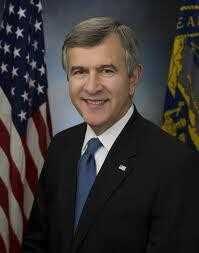 As promised, I transcribed the following personal letter response I received from Senator Mike Johanns concerning a question I asked about compelling our state legislature to call for a constitutional convention. I wrote all our pertinent elected reps the same question and present their responses, or lack thereof ...

Thank you for contacting me regarding the process for amending the US Constitution. I appreciate having the benefit of your views.

Article V of the U.S. Constitution provides for two methods of seeking a constitutional amendment. First, an amendment can be proposed in the form of a joint resolution that must pass both the House of Representatives and the Senage by a two-thirds vote. The resolution must then be approved by three-fourths of the state legislatures through a ratification process that is administered by the Archivist of the United States (1 U.S.C. 106b).

Provided that a call for constitutional convention would originate with state legislatures, you may wish to express your views to your state legislator, Senator Mark Christensen, at (402)471-2805 or mchristensen@leg.ne,.gov. If you have views regarding any specific constitutional amendment proposal, I invite you to contact my office to share your thoughts.

Thank you for taking the time to contact my office. It continues to be an honor to represent Nebraskans in the U.S. Senate. If you wold like more information about isues being discussed in the Senate, I encourage you to visit my website at www.johanns.senate.gov, where you may also sign up for my e-Update. Thanks again for contacting me.

I'll give Seantor Johanns a public "thank you" for his response. I know our elected representatives have a lot on their plate but our US Senators seem to be able to find the time one way or the other. Too bad our US Congressman Adrian Smith and Nebraska State Senator (guns needed in schools) Mark Christensen are not so inclined.
More from this blogger · Brian Hoag
Comments
View 2 comments
Note: The nature of the Internet makes it impractical for our staff to review every comment. Please note that those who post comments on this website may do so using a screen name, which may or may not reflect a website user's actual name. Readers should be careful not to assign comments to real people who may have names similar to screen names. Refrain from obscenity in your comments, and to keep discussions civil, don't say anything in a way your grandmother would be ashamed to read.
Respond to this blog